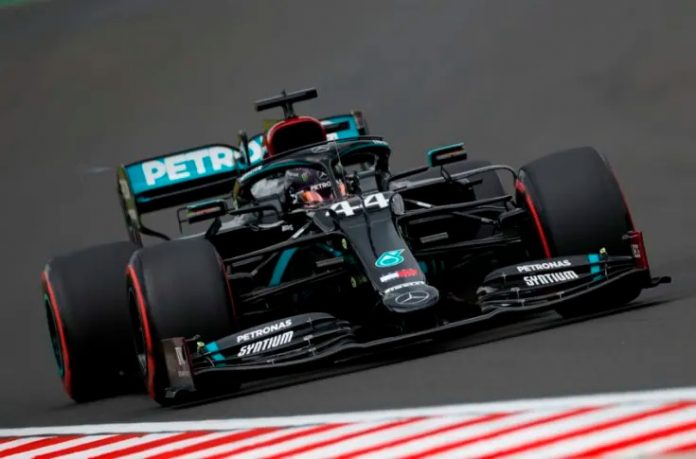 Lewis Hamilton took his second pole position of the 2020 Formula 1 season for the Hungarian Grand Prix at the Hungaroring.

In what was yet another dominant qualifying session for Mercedes, which appear to be the only team with any chance whatsoever of taking any pole positions or wins in the 2020 Formula1 season, Lewis Hamilton took his second pole position of the season and the record 90th pole position of his career.

Hamilton is set to start the season’s third race, the Hungarian Grand Prix, at the Hungaroring alongside teammate Valtteri Bottas in second place.

Lewis Hamilton, who secured his 90th pole position: “It’s crazy. I have to pinch myself. It’s quite humbling.

“I get to work with an incredible group of people and the guys do something an amazing job. Valtteri [Bottas] doesn’t make it easy for me but doing laps like that is what I enjoy most.

“It’’s a long run down to Turn One, so nothing is a given. I’ve got to deliver at the start tomorrow and we don’t know what the weather will do but I’ll be trying as hard as I can to bring a 1-2 home for the team tomorrow.”

Valtteri Bottas starts second tomorrow and says: “I knew in FP3 it would be close. Lewis was at really strong level. My laps were OK.

“Lewis did a great job to get pole as always but it’s a long drag race to Turn 1 so I’m looking forward to that.”

Racing Point’s Lance Stroll, who qualified in third: “I’m very happy. The car was really strong all the way through.

“We’ve had the pace all weekend and it was about piecing it all together in the qualifying session. Our sights are set on tomorrow and I’m going to try and grab some big points for the team.

“It was a gamble [the medium tyres]. My lap at the end was spot on. It feels great when you put it all together like that.”