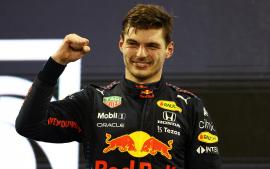 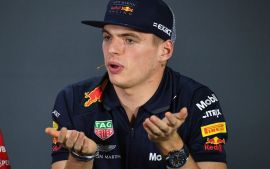 F1 French GP FP3 LIVE: The FP3 session has ended and it is Red Bull’s Max Verstappen who takes home the session…

F1 French GP FP3 LIVE: The FP3 session has ended and it is Red Bull’s Max Verstappen who takes home the session after setting the fastest lap time. He is followed by his Ferrari’s Carlos Sainz and Charles Leclerc in the second and third spots at the Circuit Paul Ricard. Meanwhile, Lewis Hamilton finished fourth and Sergio Perez settled for the fifth position. Follow Formula 1 and French GP LIVE updates with InsideSport.IN

Red Bull’s Max Verstappen topped the charts in the final practice session ahead of qualifying for the French GP. He was followed by Carlos Sainz and Charles Leclerc in the second and third positions. Meanwhile, Lewis Hamilton claimed the fourth spot as Sergio Perez had to settle for fifth place overall.

Some work to do and time to find, but we’ll give it our all! Quali, next up 👀 pic.twitter.com/HLrZzNCTof

AlphaTauri’s Yuki Tsunoda claimed the tenth spot as Daniel Ricciardo jumped positions and finished in the eleventh position. William’s Nicholas Latifi after getting the upgrades on his car claimed the twelfth spot. Pierre Gasly in his home race had a poor outing as he claimed the thirteenth position and was followed by Alfa Romeo’s Valtteri Bottas in the fourteenth spot.

The rookie driver of the season Guanyu Zhou claimed the fifteenth spot and was followed by Haas’ Kevin Magnussen in the sixteenth spot. The Dane driver will start tomorrow’s race from the back of the grid after picking up engine penalties.

So that’s the end of the final practice session 🇫🇷🏁

Esteban Ocon, who dropped positions had to settle for the seventeenth spot and was followed by Lance Stroll in the eighteenth position. Mick Schumacher also had a poor outing today as he claimed the nineteenth spot and lastly, it was Sebastian Vettel who finished last and in the twentieth spot.

A challenging start to Saturday in France.

Pace to find from the AMR22, with damage to Seb’s car preventing him from completing his final FP3 run.