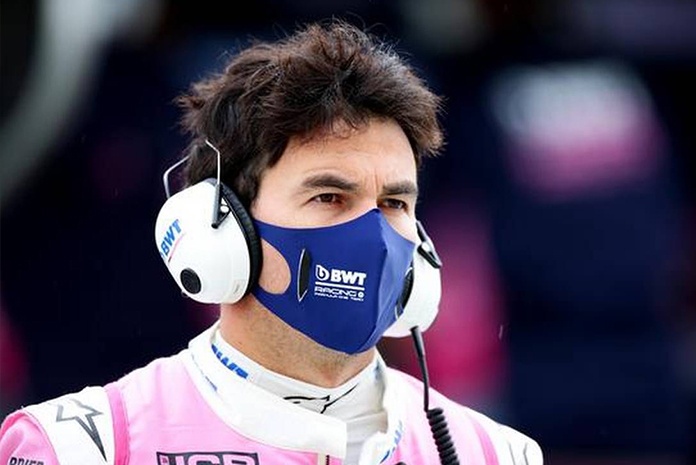 Perez and some of his Racing Point teammates were self-isolating ahead of the race at Silverstone after the Mexican driver’s initial test came back as inconclusive.

“Following today’s announcement that Sergio Perez of the BWT Racing Point Formula 1 Team produced an inconclusive test result for COVID-19… the FIA and Formula 1 can now confirm that the result of his re-test is positive,” F1 said in a statement.

“Perez has entered self-quarantine in accordance with the instructions of the relevant public health authorities, and will continue to follow the procedure mandated by those authorities.”

A spokesman for Silverstone-based Racing Point said earlier that Perez, who was not at the circuit, had not been back to Mexico since he last raced in Hungary on July 19.

He said a small group of team members who had come into contact with the driver were also self-isolating and being re-tested.

Perez had been due to attend a video news conference with teammate Lance Stroll at the circuit but the Canadian faced questions alone.

Practice for the British Grand Prix, the fourth round of the Formula One season, starts on Friday.

Formula One has started its delayed season without spectators and under carefully controlled conditions, with teams operating in “bubbles” and all employees and those with access to the paddock tested every five days.

The sport had reported only two positive results, neither involving people who attended races, from more than 15,000 tests carried out from June 26 to July 23.

Formula One chairman Chase Carey said before the start of the season that the sport would not cancel a race even if a driver returned a positive test.

“We encourage teams to have procedures in place so if an individual has to be put in quarantine, we have the ability to quarantine them at a hotel and to replace that individual,” he said then.

The original season-opener in Melbourne in March was cancelled after a McLaren employee tested positive before the track action had started.