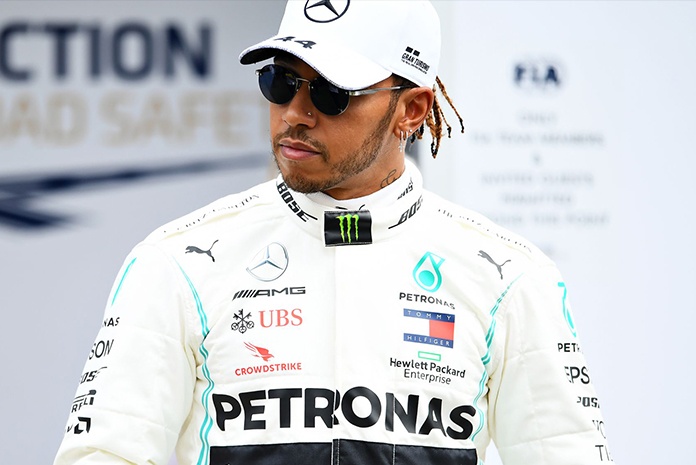 Hamilton can tie Schumacher’s all-time record with a seventh world title this season.

Elkann said Hamilton was “an exceptional driver” who “can become the most successful ever… He has been able to work with concentration and intelligence.

“His move from McLaren to Mercedes was not an easy one. It was not obvious and it was a winning choice.”

F1 British GP Live : Lewis Hamilton can be greatest ever

Responding to the Briton’s call for the Italian team to do more to promote diversity during an interview with Italian daily La Gazzetta dello Sport, Elkann defended Ferrari.

“The civil commitment he is carrying out is important and dear to us,” said Elkann, who succeeded Sergio Marchionne as chairman of Ferrari in 2018.

He added that Ferrari was the first company in Italy to implement ‘Equal Salary certification for equal pay for women and men with the same qualifications and duties’ and stressed that showed “commitment to a work environment that is inclusive and respectful of differences”.
Hamilton, the sport’s only black driver, was critical of Ferrari when he spoke to the media following his victory at the Styrian Grand Prix.

He said: “F1 has come forward and said that they are supporting ‘end racism’ and it’s amazing to see Mercedes doing the same thing, but no other team has said a single thing.

“We’ve seen Red Bull’s mechanics take a knee, which I think is great, but publicly as businesses and as teams, if you look at Ferrari who have thousands of people working with them, I’ve heard no word saying that they hold themselves accountable and this is what they’re going to do for their future.”