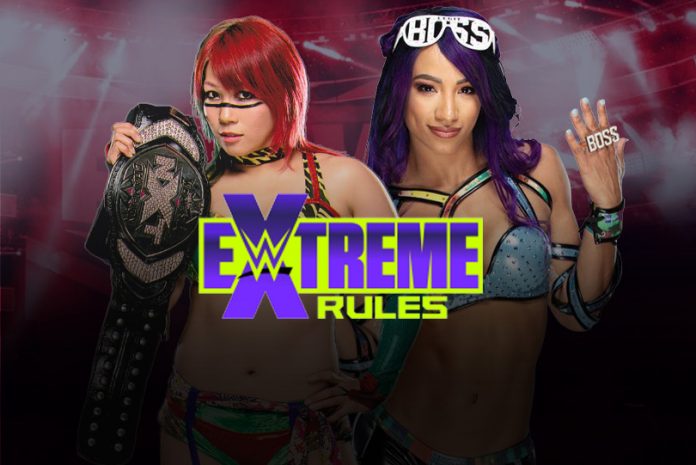 After defeating Charlotte Flair last week in WWE Raw Asuka retained her WWE women’s championship. But that victory celebration did not last very long for her as Sasha Banks challenged the Empress of Tomorrow for the WWE Raw Women’s Championship match at Extreme Rules 2020

The boss is one-half of the WWE Smackdown women’s tag team championship along with Bayley. The stipulation for the match is that the winner will take it all. It means the winner between the two will take both titles.

The Empress has accepted her challenge and The Boss is ready to battle her old rival once again. Will Banks become a double champion or Asuka continue her dominance on the red brand.

Extreme Rules is scheduled for next month on July 19. You can follow all the WWE Raw, WWE Smackdown and upcoming WWE PPV latest updates, news and videos on WrestlingTV.in.