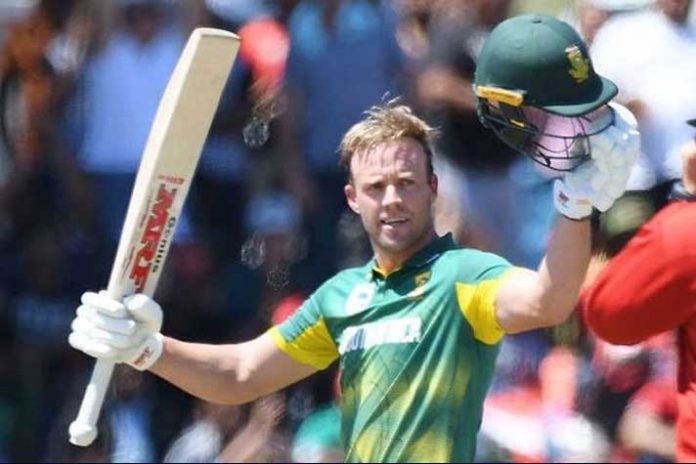 Du Plessis said that talks have been going on for nearly three months to get the star batsman back into international cricket ahead of the marquee event in October next year.

“People want AB to play and I am no different,” du Plessis said after his Paarl Rocks team won the Mzansi Super League final on Monday night. He was also backed up by Mark Boucher who was the coach of the finalists Tshwane Spartans and the new head coach of the South African national team.

“Those conversations have been happening for two or three months already: what does it look like, how does it look over the next year, and that’s where it starts,” added du Plessis.

Considered one of the greatest players to have played for South Africa, former skipper de Villiers quit international cricket in March last year citing exhaustion from the workload that he had often talked about. He has since been plying his trade in franchise-based T20 tournaments around the world.

There were reports that he had made himself available for selection on the eve of the ODI World Cup earlier this year, but South Africa’s selectors felt it prudent to not entertain his request at that point as he had left it for too late.

Du Plessis added, “T20 cricket is a different beast, it’s not a lot of time away from home. If you are a full campaigner, you have to really get stuck in and spend a lot of time on the road.”

“Those conversations have already taken place and will continue before the next T20 series starts.”

On Sunday, newly-appointed head coach Mark Boucher had said he may try to persuade a few recent retirees, including de Villiers, to return to the South Africa squad ahead of the T20 World Cup.

“I’ve only just got into the job, I might have conversations with quite a few players and see where they are,” Boucher had said.