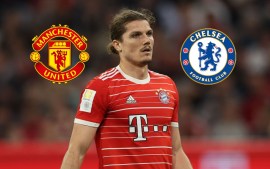 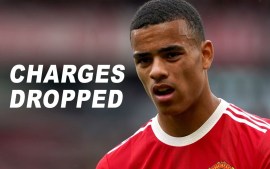 Indian Super Leagues new entrants, Tata have grabbed the opportunity with both hands. An announcement on former Manchester City boss Steve Coppell joining is on the cards. Anytime soon.

The former Manchester City boss will be inking his contract with the Tatas before the deadline to sign managers expires on July 15, the Goal has reported. The 62-year-old led Kerala Blasters to the ISL final where they only missed out on the title in penalties. Talks between him and the Sachin Tendulkar co-owned franchise went sour due to a lack of communication before the two opted to not renew the deal.

Coppell has earlier said that “Kerala Blasters haven’t been in touch with me for several days. I have not been told anything about Mehtab Hossaim and have not had any contact with Kerala for a few days”. Coppell wanted Hossain to be among the first picks for retention and when the club decided not to offer a contract to the midfielder, English manager has reportedly fallen apart with the Kerala outfit.

The Kerala ISL franchisee has roped in former England Under-21 manager Stuart Pearce for the 2017-18 season.

Meanwhile, Tata Group officials had interviewed several coaches in the last week of June when the name of Carlos Restrepo was zeroed upon. However, Restrepo had denied any contract from the Tatas. The former Colombia Under-20 coach had penned a deal with Honduran club Olimpia only in June and after news of being in advanced talks with Tata Group broke out.

Tata Group have opted to move for Coppell given that he is an experienced coach and also has done well in India.

The 62-year –old Coppell is a former English footballer who, as a player was highly regarded right winger known for his speed and work rate. He won domestic honours with Manchester United and represented England at the World Cup. After a knee injury ended his playing career, he went into management.

Coppell has managed Bristol City, Brighton & Hove Albion, Manchester City, Brentford and most notably Crystal Palace and Reading, both of which he took from the English second tier to achieve each club’s greatest-ever successes in the top flight. He is also credited with discovering players such as Ian Wright, a striker he signed from non-league football, and who became a household name and international footballer.

Coppell has a degree in economics which he gained at Liverpool University while playing for Manchester United.