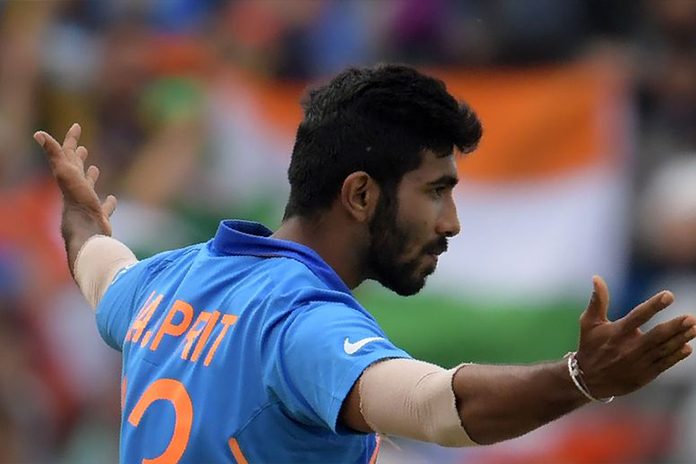 West Indies legend Ian Bishop explains just what it is that makes Jasprit Bumrah so special.

In modern-day social media parlance, it’s known as game recognising game. For Jasprit Bumrah, it was most unusual. “You want me to tell you?” he enquired, slightly puzzled, of Ian Bishop after the West Indies great asked India’s pace ace to explain how he bowls certain deliveries ahead of the team’s ICC Men’s Cricket World Cup group finale against Sri Lanka at Headingley.

It is telling of the mystique that surrounds Bumrah, who has utilised his unique action – calm, easy run-up with both arms out in front of him during his delivery stride, as if pushing a car, ready to hyper-extend in a whipping motion – to become, in the words of Brendon McCullum, “the best all-format bowler” in world cricket. Yet his lofty status extends beyond the relentless excellence; he is a source of great intrigue, even for one of West Indies’ finest fast bowlers.

The wickets don’t show how valuable he has been. The likes of Starc have more, but Bumrah’s been brilliant.
– BISHOP ON BUMRAH

“Everything is interesting,” Bishop tells the ICC. “Most fast-bowling scientists – not that I’m one of them – say that your ball speed is 60% run-up and the pace of it – but his is an ambling one and the ball comes at 140kph and higher. It’s very unusual; it’s hard to decipher where the speed comes from. He releases the ball slightly inside the perpendicular, at his highest point, and his bowling arm comes down between his leg rather than past his left hip.”

If you look at the bare facts, it might be easy to overlook Bumrah’s tournament performance. Seventeen wickets at 19 is certainly impressive after the group stage, but still nine shy of the competition’s most prolific bowler Mitchell Starc. And yet, according to Bishop, his performances have been every bit as good. “He’s been maybe the best bowler,” he says. “The wickets don’t show how valuable he has been. The likes of Starc have more, but Bumrah’s been brilliant.”

It’s a great cricketing paradox that the truly great bowlers, particularly in one-day internationals, don’t always get the most wickets. With Bumrah, it’s reached the stage where opposition batsmen have almost accepted they cannot consistently hit him to the fence and, therefore, must attack India’s other options with even greater regularity. Statistics illustrate it’s smart thinking; Bumrah has sent down 35 death overs in 2019 and only two have gone for more than 10 runs.

“At the death, he mixes up his length and pace,” adds Bishop. “It’s not just the yorkers, but they’re incredible. Yorkers are very hard. Even Lasith Malinga, who can deliver them more often than anyone, sometimes misses them. But those two are most consistent at them, and it’s fascinating the differences; Lasith does it with a low arm, where Bumrah’s is very high.”

His ability to bowl the new ball effectively, do the same in the middle and be so good at the death is incredible.
– BISHOP ON BUMRAH

Bumrah’s most impressive trait is maintaining his frugality throughout an innings. Such is his value to Virat Kohli’s India side – his economy of 4.48 is best among all seamers to have delivered at least 50 overs in this showpiece – that he is used in short spells throughout the innings.

“His ability to bowl the new ball effectively, do the same in the middle and be so good at the death is incredible,” adds Bishop. “People are just trying to see him out. But the great thing about him is, even with that, he’s capable of getting you out as well. His pace and skill are so great. That’s why people have such a high regard for him.”

It’s easy in this India side to get lost amid the hoopla that naturally surrounds Rohit Sharma’s relentless century compilation and Kohli’s peerless ODI mastery, especially in a nation where batsmen – from Gavaskar to Tendulkar through to Kohli – occupy the consciousness in such an all-encompassing fashion. Yet Bumrah, given how central he has become to India’s World Cup aspirations, might be the rare exception, as a fast bowler capable of elevating himself to that unfathomable stratosphere of fandom.

If not, India’s exceptional pace man will never be short of legendary supporters around the game.