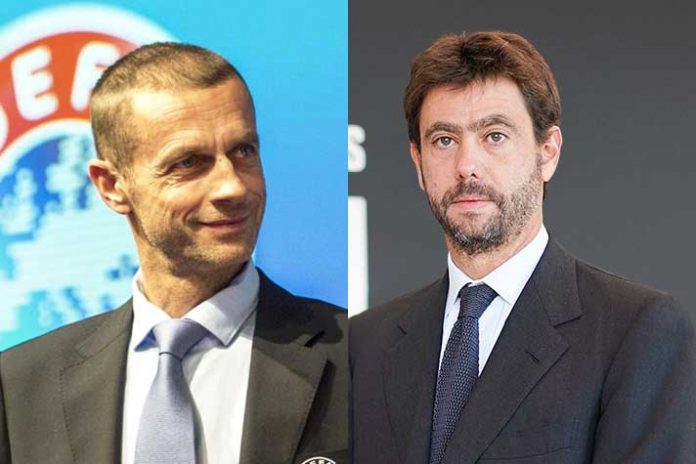 Ceferin and Agnelli, the chairman of the influential European Club Association which represents over 200 leading professional football clubs in Europe, have told BBC that they were “united”, dismissing the reports based on the leaked documents that secret talks had been held to create a breakaway elite league in Europe.

“The Super League will not happen. It is in a way a fiction now or a dream,” Ceferin is reported as saying.

“I can confirm we have never seen, never discussed, never been involved in the creation of this document. We are fully engaged with Uefa in shaping the game going forward,” Agnelli added. The European Club Association chairman is also the chairman of Italian Serie A club Juventus, who were reported to be a potential founding member of the Super League.

The two European football bosses have in exclusive conversation with BBC Sport also revealed plans to reform European football from 2024 onwards. “We have some ideas. All I can say is that any Super League is out of the question. Participation stays. And everybody will have an opportunity to compete in every European competition,” said Ceferin.

A new third European competition with 32 teams will be rubber-stamped at a Uefa meeting in Dublin early next month. So with the Champions League, Europa League and the new third contest, a total of 96 teams will compete once pre-qualifying is completed.

Cerefin says it will be the “beginning of wider European competition”, and that clubs and national associations “appreciate it”.