Euro 2020-Finland beat Denmark 1-0: Joel Pohjanpalo hands Finland 1-0 win on a night overshadowed by Eriksen collapse: Finland claimed a shock 1-0 Euro 2020 victory over Denmark in their first major tournament appearance on Saturday after the match had been suspended when Danish midfielder Christian Eriksen required emergency medical treatment on the pitch.

The 29-year-old midfielder Eriksen collapsed towards the end of the first half and was given CPR by medics as his team mates formed a ring around him, before he was carried off on a stretcher and both teams left the pitch.

The game was stopped for one hour and 45 minutes but resumed after the Danish Football Association announced that Eriksen was awake and stable in hospital and both sets of players told soccer’s European governing body UEFA they wanted to continue.

Following the request made by players of both teams, UEFA has agreed to restart the match between Denmark and Finland tonight at 20:30 CET (TBC).

The last four minutes of the first half will be played, there will then be a 5-minute half-time break followed by the second half.

The players returned to the pitch and went through their warm-up drills for a second time but the Danes were clearly affected by the trauma of Eriksen’s collapse, with some wiping away tears and many hugs being exchanged.

Tonight's Star of the Match is Christian Eriksen. Wishing you a speedy recovery, Christian. #EURO2020 pic.twitter.com/gJPa7P2nAx

Denmark vs Finland Highlights: The game restarted and the last five minutes of the first half were played. Halftime was shortened to five minutes before play resumed again, as did Denmark’s dominance of the match.

The Finns appeared to suffer stage fright in their first appearance at the finals of a major tournament, dropping to five at the back to try to snuff out Denmark’s intricate passing and relying on winning free kicks to get some breathing space.

However, Finland striker Joel Pohjanpalo popped up against the run of play to head the winner on the hour with his side’s only attempt of the game before celebrating in a restrained fashion on the side of the field where Eriksen had collapsed.

Denmark’s Yussuf Poulsen won a penalty when he went down under slight contact in the 73rd minute and midfielder Pierre Emil Hojbjerg stepped up to take the spot kick, but Lucas Hradecky got down smartly to save.

In all, the hosts had 22 efforts on goal but could not make them count as Hradecky and his defence performed heroically to keep them out until the final whistle.

AS the Danes trudged dejectedly off the field, the Finnish players celebrated with their ecstatic fans, but ultimately it was a night when football did not matter with Eriksen being treated at a hospital about one kilometre away.

Euro 2020, Group B Standings: Finland secures the top spot with all three points, while Denmark sinks to bottom.

In another Group B clash, Belgium will take on Russia tonight. 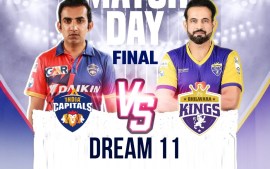