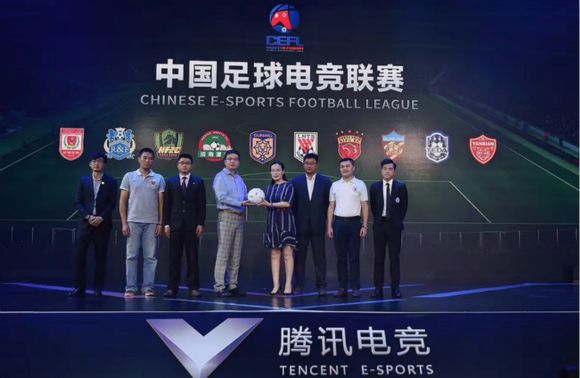 Tencent eSports held a press conference on June 16 in Shanghai to announce the kick-off of the first ever eSports football league in China, the Chinese eSports Football League.

The eSports team roster for each of the 10 CSL’s clubs will consist of star players from their respective clubs, professional eSports players and from fans of each team. This new ground-breaking way to build a team will connect both on-field reality and the eSports platform plus the Chinese eSports Football League’s players and club fans.