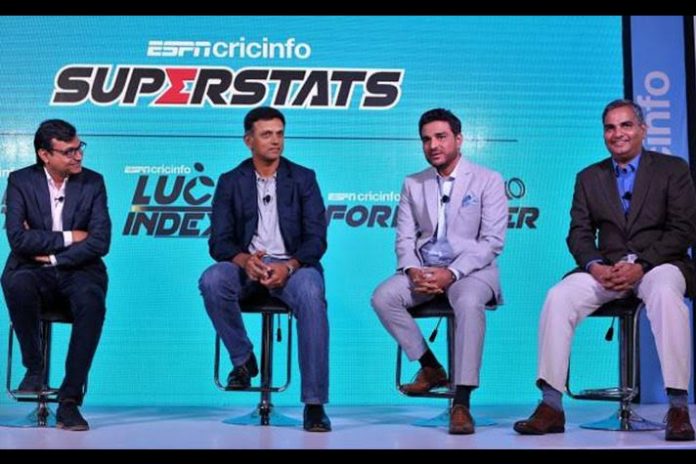 ESPNcricinfo has launches Superstats – a new language for numbers-based story-telling in cricket.

The Superstats bouquet comprises Smart Stats to puts each batting and bowling performance into context by looking at match situations and player quality; a fresh element Luck Index to quantify the element of chance; and Forecaster for the future predictions and win probabilities in the game.

ESPNcricinfo has derived from its rich ball-by-ball database and complex algorithms developed by IIT Madras and Gyan Data, an IIT-M incubated company.

Luck Index is a metric that quantifies luck. This is done by identifying every lucky event that happens in a match, and then calculating, through a complex algorithm, the run value of that event. An umpiring error, a dropped catch or missed run out, even an edged boundary in the final overs, counts for the Luck Index.

Forecaster comes in to play when for example you want to know if Chennai Super Kings will chase down 180 against SunRisers Hyderabad when say they are 85 for 2 after ten overs? The Forecaster is the tool to answer that question, giving a win probability for CSK at every stage of their chase. Apart from this, the Forecaster also gives the expected final total for the team batting first during their innings, and the expected runs and wicket probabilities for each bowler for the next over of an innings.

Batting strength of the team (including batsmen to follow, at every stage of the innings), bowling strength of opposition, batsman v bowler head-to-head numbers and phase-wise strike rates and economy rates for batsmen and bowlers are some of the factors taken into account to calculating the predicted score.

Based on these factors, there is an expected score for the batting team at every stage. The win percentage for the chasing team also takes into account the team momentum (runs and wickets off the last six balls), and the historical probability of teams winning from that position.

Over the last three seasons of the IPL (2016 to 2018), the Forecaster had a 60% success rate in correctly predicting the winning team at the start of the run-chase, which went up to 80% by the 15th over of the chase.

ESPNcricifno has shared the Superstats philosophy and functioning on its official website.