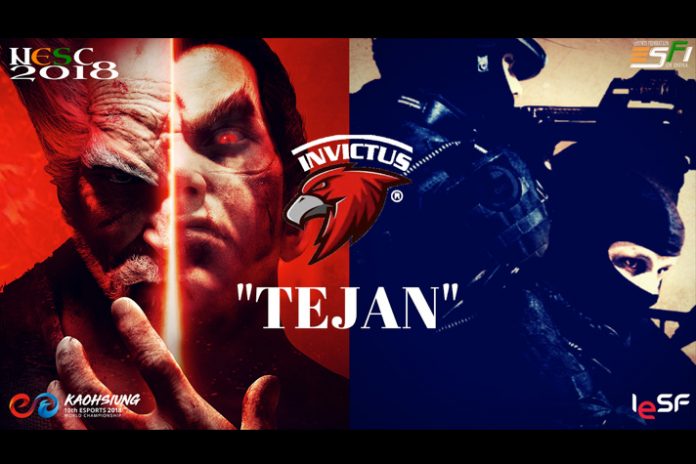 Esports Federation of India (ESFI), the governing body of esports and gaming in India have shortlisted athletes that will represent India at 10th Esports World Championship organized by International eSports Federation (IESF) at Kaohsiung, Chinese Taipei in November this year.

IESF’s 10th Esports World Championships, the world’s most coveted esports titlte, will have a total prize pool of approx ₹37 Lakhs ($54,000) distributed across the three game titles – League of Legends, Counter-Strike: Global Offensive, and Tekken 7. Over 670 participants from 42 countries across all the continents are expected to take part in the event.

The Qualifiers saw Indian top thirteen CSGO teams from all across India, competing with each other to win the slot to be part of Team India for the World Championship. Team Invictus and 2ez Gaming emerged as the finalist who played their final matches on 20th Aug with Team Invictus grabbed the slot in a close battle against 2ez Gaming. The qualifiers were held online/offline, and the semis and finals were live streamed on ESFI Twitch channel. Team Iyati was placed second runner-up.

Tekken7, qualifiers were in Creator’s Gurukul, Gurgaon on 19th Aug, around 80 Tekken Esports athletes came from every nook and corner of India. Qualifiers had the Indian Legends of  Tekken with Likes of Lovneet, Guneet, Simar, Saini along with Tejan. Loveneet was the last year champion but because of personal reasons could not go to Busan last year for the World championship. Qualifiers saw parents/spouses coming in support of their children’s/husband’s dream to be part of Indian Esports Team. As far as top 3 were concerned, scene was no different from last year, just that Tejan defeated Loveneet this time to secure the slot in Team India for Tekken7, Guneet Singh Hundal was the second runner up.

₹7 Lakhs ($10,000) of the total prize pool will be awarded to the Overall Champion Nation after all results have been captured and the overall winning nation has been determined.

Team India is already there at Asian Games 2018, where esports has been included as a demonstration sport. 9 strong member Indian squad are competing for 4 game titles (AOV, Clash Royale, Hearthstone and Pro Evolution Soccer).