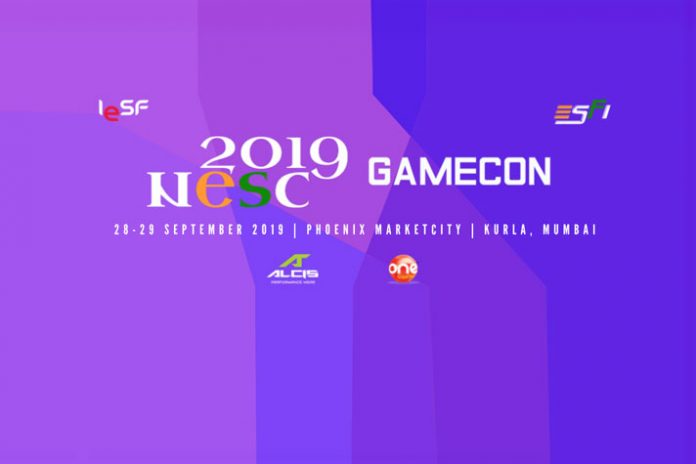 The ESFI has also confirmed Alcis as the Kit Partner and OneGigaFiber as “Internet Gaming Partner” for NESC2019.

Gamecon, a Rohawk Capital initiative has partnered ESFI for National Esports Championship 2019. The top Indian eSports talent will compete in games like Tekken7 and eFootball PES 2020.

The winner will represent India at the World Championship in Seoul.

The last year has been an encouraging one for ESFI. At the Jakarta Asian Games 2018 India’s leading esports athlete Tirth Mehta got a bronze medal in esports demonstration category (Hearthstone), Karan Manganani was placed 4th for Clash Royale. ESFI’s team qualified for the main event at Asian Games by winning the South Asian Qualifiers (Asian Games 2018) for Hearthstone, Clash Royale, PES, Arena of Valor. India had the second highest representation at the main of the Asian Games.

Abhinav Tejan will be the favorite for Tekken7. It will be interesting to see whether Navaneetha Krishnan and Ankur Diwakar will be able to carry their form from the Asian Games, last year.

This year’s World Championship will happen at VSG Arena, Seoul, Korea in December. The host nation Korea is considered the Mecca of eSports.