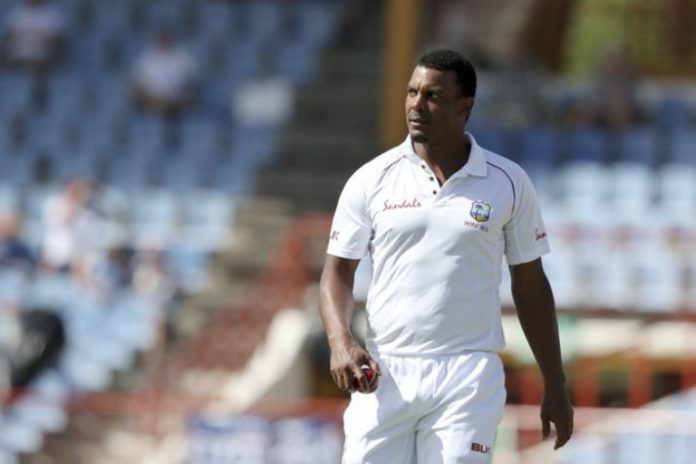 West Indies pacer Shannon Gabriel says he wants to forget last year’s controversy involving him and England skipper Joe Root but insisted that the truth did not come out in its entirety.

Gabriel insisted that he is not harbouring any hard feelings towards the hosts as they prepare to take on England in a Test series, beginning July 8.

Gabriel had copped a four-match ban for throwing ‘personal abuse’ at Root in February 2019 during the St Lucia Test match, though his comments were never made public.

Root was heard on the stump-microphone, telling Gabriel “don’t use it as an insult. There’s nothing wrong with being gay”, while the West Indian’s comments were not picked up.

Subsequently, Gabriel was slapped with a four-match ban and fined 75 per cent of his match fee by the ICC for apparently using homophobic remark.

“To be honest that was in the past. I don’t really think about it too much. Whatever happened or whatever was said, I don’t really want to harp on about that, I’m just looking to the future now,” Gabriel was quoted as saying by ESPNcricinfo.

“I’ve just come here to play good cricket if selected, and do my best for West Indies cricket. I think the way they dealt with it was blown way out of proportion. The story that was told was not entirely true, but I just want to move on and forget that,” he said.

The series will mark the resumption of the international cricket which has been suspended since March due to the COVID-19 pandemic. The two sides will play in a ‘biosecure environment’ without the fans cheering them on.

The lack of a crowd may lead to more of their conversations being picked up by the stump microphones but the 32-year-old feels personal banter will flow between the two teams as usual.

“You can’t get away from a bit of personal banter. As long as it stays in the rules of the game and it’s not disrespectful, I don’t think much will change. It’ll be a different feeling from playing in front of a packed crowd to no-one in the stands apart from players and the support staff.”

“But when you step on the field you are playing for your country, and if you are not going out there to give 100 percent, I don’t think you should be on the field. So no-one will be going on to go half-hearted. We’ve come here to try and win the series and we’ll fight as hard as we can.”

The visitors have landed with an impressive pace attack, comprising the likes of Kemar Roach, Chemar Holder, Alzarri Joseph and captain Jason Holder.

Gabriel, who is coming off an ankle injury, is excited about the West Indies pace battery and is keen to pass on his knowledge to the youngsters.

“The ankle is good at the moment, no pain, no aches. I’m about 85-90 percent fit, but in terms of bowling fitness and match readiness, I still have some more work to do to hit my rhythm, but there are still three weeks and two warm-up games before the first Test match.”

West Indies registered a 2-1 win against England last year at home on the back of some stupendous performances by Gabriel Roach and Holder and the team intends on following the same recipe for success in the upcoming series.