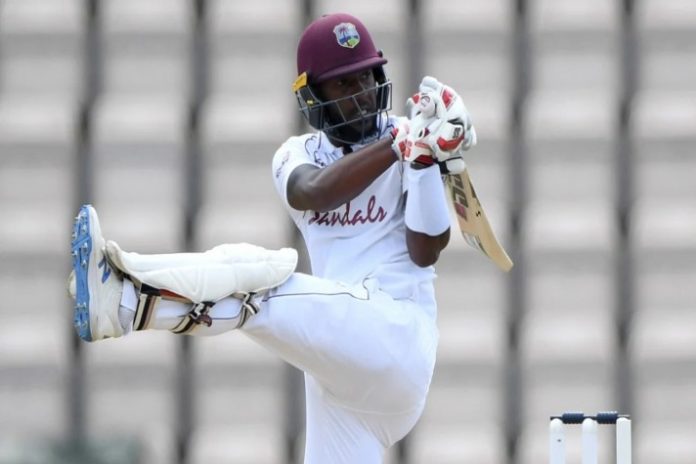 He missed out of a well-deserving century during the opening Test against England but West Indies batsman Jermaine Blackwood is more disappointed about not being able to stay till the target was achieved.

Blackwood scored a match-winning 95 in the second innings as West Indies claimed a four-wicket win over England on Sunday. He was dismissed with his team just 11 short of the target of 200.

The 28-year-old has an impressive record against England, averaging over 50 and his only century — an unbeaten 112 — also came against the English team in Antigua in 2015.

“I was very disappointed in myself when I got out at that stage of the game,” Blackwood, who had scored 187 runs with a top score of 79 not out during his last tour of England, told the Jamaica Observer.

The right-handed batsman, who has scored 1469 runs in 29 Tests for England so far, acknowledged the confidence shown by his captain Jason Holder and coach Phil Simmons.

Coming to bat with West Indies tottering at 27-3, Blackwood rode his luck and guided his team closer to the target before a moment’s lapse of concentration saw him hit straight to Jimmy Anderson at mid-off in the 61st over.

“When you know that the captain has all confidence in you it just makes you feel good. I know Jason from way back from my Under-15 days, so he knows what I’m capable of doing,” he said.

“At no point in time when I was going to bat in the second innings I felt pressure. Just before I went out to bat, the coach (Phil Simmons) and the captain both told me just to play my natural game, but just be selective.”

The second Test begins at Old Trafford on Thursday.