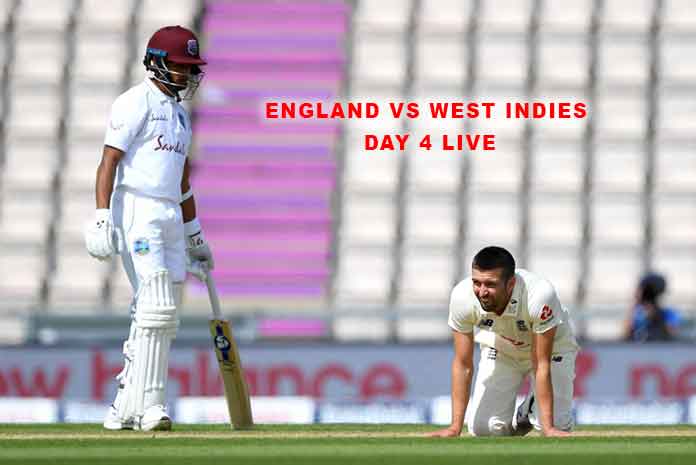 That’s it. Day four has been officially washed out.

Assuming today is washed out, do you think West Indies can find a way to not lose eight wickets in the day tomorrow? With Stuart Broad’s tail up, the most common answer in no. But it’s the West Indies we’re talking about. They have done unthinkable things in the past. In 2016 in Jamaica, India needed to pick six wickets in three sessions, with West Indies trailing by 256 runs. In the end, a Roston Chase century saw West Indies to safety. Can something of this be repeated?

It’s pelting down at Old Trafford and things looks bleak at the moment. A second successive Test with a complete day washed out?

The umpires will have an inspection at 7:30 PM IST if there’s no further rain.

The umpires have signalled for Lunch break. There’s maybe an outside chance of clear weather in the late afternoon, assuming the mopping-up can be done in time.

5.15pm
Things are pretty much the same in Manchester. Here’s how the sky looks currently. 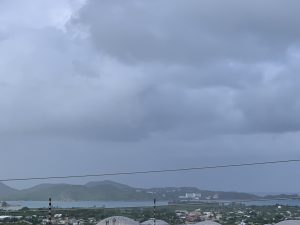 The weather isn’t looking good and Stuart Broad will have to wait for his 500th wicket. Meanwhile, Michael Vaughan does a wonderful comic expression of the weather situation in Manchester.

3.25pm
It’s not a pretty sight in Manchester

It’s official- start has been delayed. Rain is back in Manchester, delay to the first session on Day 4 is inevitable. England’s push for a series victory on hold as it pours at Old Trafford.

It is still raining pretty heavily in Manchester at the moment, and there is more rain in forecast for the evening. So, we might get only a few overs of cricket action today, if even that.

It has stopped raining. The covers are on with it raining through the night. However, chances are that it will start raining again.

Not actually raining, although we’ve had plenty of overnight showers.

If it continues like this, we are staring at a delayed start to Day 4. There is still time to the start of the game. We’ll keep bringing you live updates from Manchester.

Pissing it down in Manchester ….

Don’t miss out any proceedings and stay on top of the action with this exclusive Day 3 highlights.

Stuart Broad takes six on Sunday & is eyeing up his 5⃣0⃣0⃣th wicket in Tests on day four! ?#RedForRuth

Welcome back to the live coverage of Day 4 of #raisethebat Test decider. Stuart Broad has put up a one-man show to dismantle West Indies and put the Three Lions on the driver’s seat. Broad on Day two had picked two wickets and on Day 3 he added six more and is just one shy of 500 wickets in Tests. The right-arm pacer finished Day 3 with a total tally of 8 wickets so far. A milestone awaits!

Chasing 399 for a win, Campbell opened along with Kemar Roach, who was supposed to play the role of a nightwatchman. But Stuart Broad once again poured water over their plans, as he single-handedly dismissed the duo. Windies finished the day at 10/2, needing 389 runs more for a win.