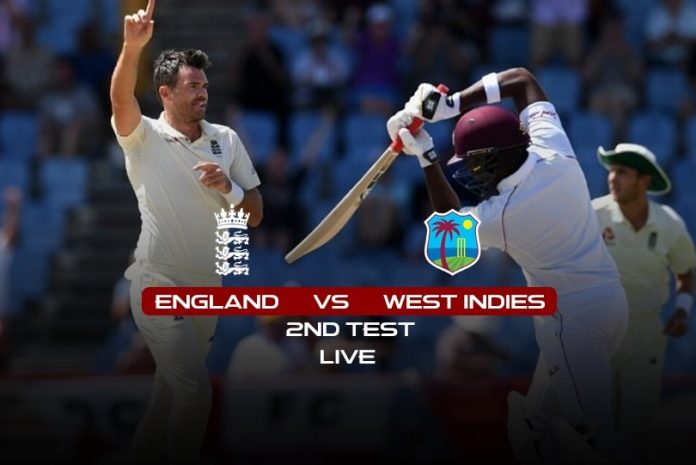 Day – 3 Will the West Indies batsman stand to the challenge of the England bowlers as they trail by 437 runs, Watch Live Eng vs W.I Day 3 on Sony LIV

England will lock horns with West Indies in the second Test at Manchester, starting July 16. Jason Holder’s men will be keen to notch up a second consecutive victory. A draw will ensure that the team from Caribbean retain the Wisden Trophy, after winning it last year at home.

After having lost the first Test by four wickets in Southampton, the home side is expected to make a few changes to their playing-11. In a much-blessed news for the Three Lions design room, regular captain Joe Root will return to the side after having missed out on the opening game and due to the birth of his child. England’s team selection was a point of contention in Southampton as they left out Stuart Broad and went with the pace option of Jofra Archer and Mark Wood.

When and where will the England vs West Indies 2nd Test live?

The 2nd Test between ENG vs WI LIVE will be played at the Old Trafford, Manchester from July 16 at 3:30 pm IST.

How can I watch the England vs West Indies 2nd Test live telecast on TV?

ENG vs WI LIVE on Sony Six and Sony Six HD will provide live telecast of the Manchester Test match in India.

How can I watch the England vs West Indies 2nd Test live streaming online?

ENG vs WI LIVE on Sony Liv will provide live streaming of the 2nd Test between England and West Indies online in India.

When can I follow live updates of the England vs West Indies 2nd Test ?

You can catch all live updates from the Manchester Test on https://www.insidesport.in/england-vs-west-indies-2nd-test-day-1-live-score-ball-by-ball-updates/

What are the squads for the 2nd Test between England and West Indies LIVE?