The England vs West Indies 1st Test match, starting in Southampton on Wednesday, will be played under new circumstances. Keeping in view the global pandemic, the International Cricket Council (ICC) has temporarily suspended the ‘neutral officials’ rules.

To begin with, the teams are being allowed three unsuccessful reviews per innings. Prior to this, only two were allowed.

The ICC said recently, “An additional unsuccessful DRS review for each team in each innings of a match, keeping in mind that there may be less experienced umpires on duty at times. This will increase the number of unsuccessful appeals per innings for each team to three for Tests and two for the white-ball formats.”

However, the neutral factor has not been completely done away with. In case a team or a player challenges a decision of the match referee, a neutral adjudicator will come into the picture.

For instance, after the end of a day’s play, if a player or the management of a team is not happy with the match referee’s decision to fine a player for breach of code of conduct, the aggrieved party has a right to appeal following which a neutral match referee, in collaboration with the operation team of the ICC in Dubai, will adjudicate the matter through video link.

The two on-field umpires for the Southampton Test are Richard Illingworth and Richard Kettleborough. The TV umpire is Michael Gough and the reserve umpire is Alex Wharf. The match referee is Chris Broad.

There have enough modifications to the existing rules so that a visiting side cannot claim bias. Apart from that, there has also been a ban on the new saliva ban, bio-security protocols or empty stands. The other new features are home umpires and non-neutral match referee

Australia vs South Africa LIVE: Top 5 players to watch out for in T20 World Cup opener 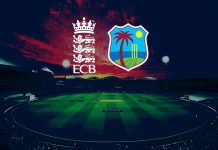