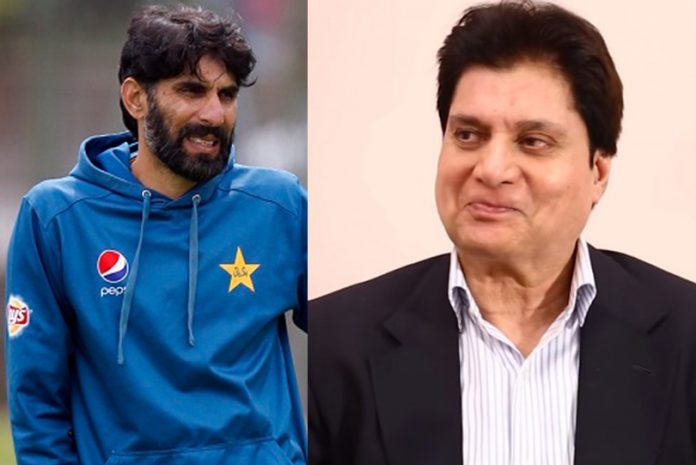 A win-less England tour thus far has put Misbah-ul-haq under pressure and the PCB may have to rethink its strategy of entrusting the former captain with the key positions of head coach and chief selector for all three formats.

Pakistan lost the Test series 0-1 and go into the series-deciding third T20 on Tuesday, trailing 0-1. The first match could not be played while Pakistan lost high-scoring second T20 by five wickets to England.

Pakistan under Misbah since last October has only managed to win two matches against an under strength Bangladesh side this year while losing three nil to Sri Lanka, 2-0 to Australia and now getting battered in England

Mohsin, who was head coach when Misbah captained Pakistan to a whitewash of England in the Test series in 2012, felt that it is not a good sign that popular opinion is not in favour of current chief selector.

“I was chief selector when the board asked me to take over as interim head coach in 2011 the first thing I did was to tell the Chairman, Ijaz Butt to release me as chief selector as I can’t do both things,” Mohsin recalled.

The former Test opener said that in modern day cricket it is taxing for any individual to be answerable on two important fronts.

A reliable source said that PCB CEO, Wasim Khan will have a discussion with Misbah and the other coaches when the team returns home later this week.

Former Test pacer, Tanvir Ahmed lashed out at the Pakistan team management for having no clue as to what teams to play in different formats.

“The selections are all wrong and to add to problems the captaincy on the field has also been very poor in the Tests and now T20 matches,” he said.