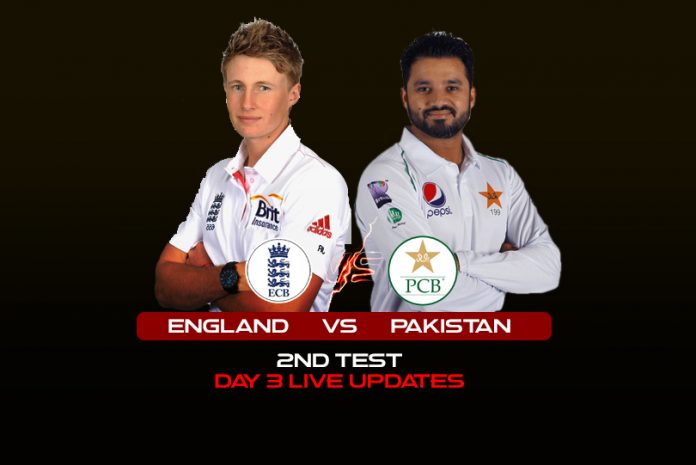 A combination of rain and bad light means day three has been abandoned without a ball being bowled.

9.55pm
Day 3 abandoned without a ball being bowled

9.10pm
Next update at 9.45pm
Unfortunate news from the middle

The light is poor and the outfield is wet. Any hopes of imminent cricket happening looks some distance away.

The only update is that there will be another update at 8.45pm IST

Good news, it has stopped raining! 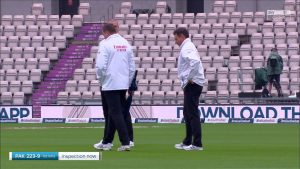 The umpires have scheduled an inspection at 8pm IST (3.30pm local time).Keep following for all the latest updates.

The drizzle has stopped but it’s still an extremely wet outfield. Almost 4 hours since a groundsman or any umpire has walked down to the pitch!

Stopped raining at the Ageas Bowl but no member of the groundstaff or any of the four umpires has been out to the middle for the past four hours.

Lunch has been taken but the wait seems to go on forever. 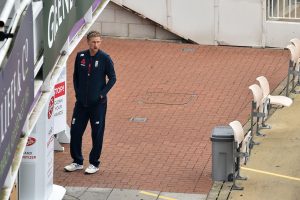 The first session has been washed out. Will we see any play today? 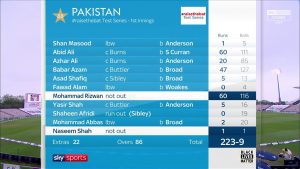 It’s a bleak sight in the middle in Southampton right now. Even if the drizzle stops, the visibility will remain the problematic factor.

There is a bit of drizzle but once again, it seems that the light is the biggest issue despite the floodlights being on.

3.20pm
Covers on in Southampton

The covers are on the pitch at the moment and there are dark clouds over the stadium. Does not look promising for a rain-free Day 3.

Rizwan’s steely knock of 60* has propelled Pakistan to 223/9. How far can he take the visitors on Day 3?

Join us live from 10.30am including our coaching clinic with @MAWood33 ?

The first two days’ play has been interrupted by bad weather. Day 3 of the second Test at The Rose Bowl is also likely to be rain-interrupted as a mild shower and mostly cloudy weather is expected. As far as rain is concerned, the prediction for the third day is about 15% and there’s a slight rise (30-35%) for the remaining two days. Even if rain falls on a few occasions, it shouldn’t affect the match in totality.

Pakistan managed to survive yet another day against the English quicks on a rain-marred Day 2. Watch the full highlights from last night here.

Hello and welcome back to the England vs Pakistan 2nd Test Day 3 Live coverage.

Pakistan were at 223 for 9 when bad light stopped play in the final session of Day 2 of the second Test match against England at the Ageas Bowl in Southampton. They had reached 215 for 8 at Tea on Day 2 thanks to a fighting half-century from wicket-keeper Mohammad Rizwan. Stuart Broad dismissed Babar Azam for 47 right after lunch on and then James Anderson dismissed Yasir Shah.