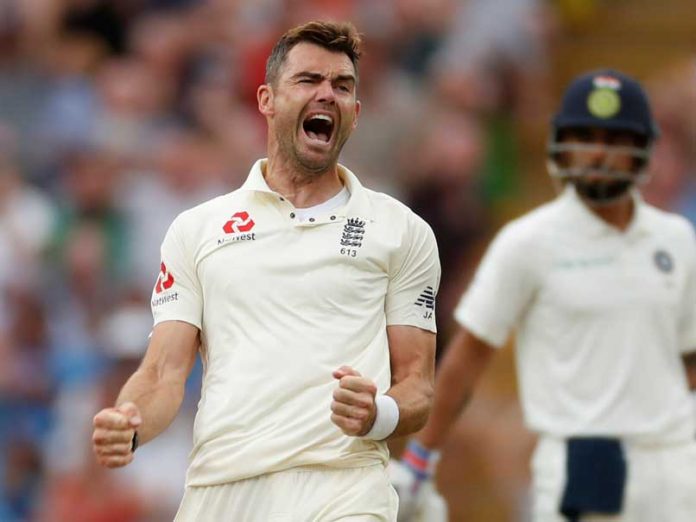 The England vs Pakistan Test series is billed to be a high octane encounter. With both teams boasting of a pace laden attack, it would be a treat to watch the contest go down in this English summer.

James Anderson, who has been a critical cog in the Three Lions setup now has a milestone in the offing. Anderson, who previously entered the record books to become the highest wicket-taking English bowler against West Indies during the final third and final Test has a chance to become the first pacer to enter the 600 Test wickets club.

The right-arm pacer has been in sublime form of late and also joined the ranks of Kapil Dev and McGrath, who has 110 and 89 scalps respectively. Anderson currently stands third in the list with 87 wickets followed closely by Truman who has 86 wickets to his name.

Will he reach the ground-breaking milestone during the #ENGvPAK series? ? pic.twitter.com/yx4d8Ep1V7

Anderson, along with Stuart Broad is expected to spearhead the English pace attack which has proved lethal for the Windies.

Stuart Broad too put up a stellar display in the recently concluded Wisden Trophy and has leapt seven places to reach the third position among bowlers in the MRF Tyres ICC Men’s Test Player Rankings.

The formerly top-ranked bowler who finished with a match haul of 10 for 67 in the series finale also achieved the milestone of 500 Test wickets.

Pakistan is slated to play three Tests, the first beginning on Wednesday, and three T20 Internationals in bio-secure venues in Manchester and Southampton.