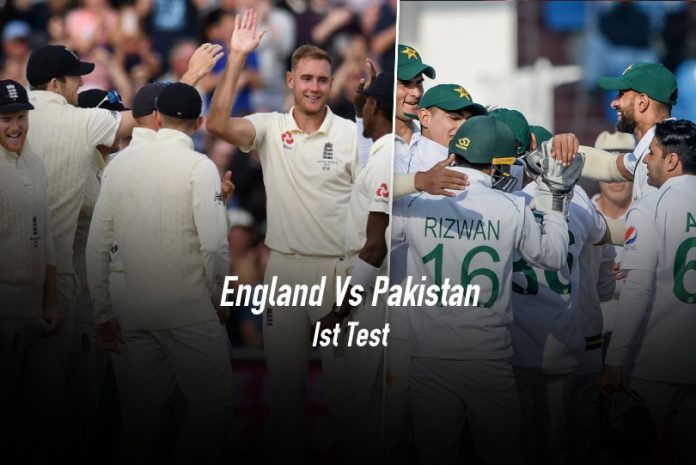 England vs Pakistan 1st Test in Manchester starts at 3.30pm IST on August 5. England will be having a busy summer as the Pakistan cricket team will be the third team touring England since the resumption of cricket post-COVID-19. After West Indies and Ireland played a single series of the Test and ODI formats respectively, England vs Pakistan 2020 will be the first encounter featuring two formats, Tests and T20Is.

The subcontinent side has reached England a month before the series begins and they have undergone the necessary quarantine and safety measures before beginning with their training and practice matches. The side looks ready to take on England at home in a 3-Test and 3-T20I series.

Old Trafford is expected to offer assistance to pacers as was visible in both the contests against West Indies. It will be interesting to see what decision the winning skippers makes at the toss, since West Indies bowled first twice but with no success.

The weather forecast is pretty good for the match, except for a possible morning shower on the first day. The maximum temperature is expected to be around 22°C while the minimum will be 16°C, with a 56% chance of showers during the day.

England have named an unchanged 14-man squad. But, Dom Bess did not bowl a single over in England’s last Test. So, could they leave him out and play the extra batsman in Zak Crawley?

It will be interesting to see the make up of Pakistan’s bowling attack. Do they play both their exciting youngsters straight away? Also, does Fawad Alam, who has a superb First Class record (12,265 runs, avg. 56.78) play?

Pakistan certainly have the ability to cause England an issue or two. However, England, with matches under their belt already, hold the aces. They look good for a first up win.