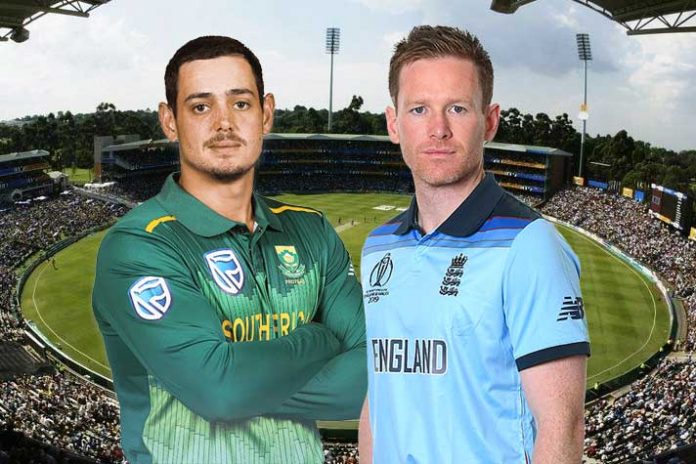 England’s tour to South Africa will go ahead. Accoridng to reports in English media, the England & Wales Cricket Board (ECB) has told Eoin Morgan’s squad that they will go ahead with the tour as planned.

Eoin Morgan’s side are due to fly from London to Cape Town on Monday. This decision was taken despite of another day of acrimonious bickering amongst the Cricket South Africa’s administrators yesterday.

But the ECB has decided that Morgan’s men should board their chartered plane tomorrow and that they would be welcomed by an operations team that has everything in place for the three T20 Internationals and three ODIs which are scheduled to start at Newlands on November 27 according to report by a Daily Mail.

Cricket South Africa’s Director of Cricket, former captain Graeme Smith, has assured his opposite number, Ashley Giles, that it will be ‘business as usual’ as far as playing the game is concerned and that England’s players will remain unaffected by the turmoil which could soon see the SA government’s Sports Minister place the organisation into administration.

Yacoob, a former Constitutional Court judge, was appointed by sports minister Nathi Mthethwa to lead the proposed interim board on October 30. But Cricket South Africa’s Members Council, comprising the 12 presidents of the cricket unions, refused to recognise the interim board and said they were seizing back control despite an express order from the Minister of Sport Nathi Mthethwa.

‘I have no doubt that if the Members Council doesn’t take a proper decision, England will be discouraged from coming,’ Yacoob said . ‘The Members Council and the executive have been uncooperative, unresponsive and rude in their dealings with us. They broke their promise to ratify the interim board made two weeks ago. There is no chance of them self-correcting, barring a miracle.’

SA Cricketers’ Association chief executive Andrew Breetzke said: ‘We are back to square one, and the glimmer of hope has now been replaced by disappointment.

‘At a time when our domestic cricketers are excelling, and we are about to welcome England, the governance structures of CSA are again in crisis.

“Self-interest and politics are continuing to triumph over the best interests of cricket.’

If the tour gets cancelled, CSA will take USD4.2-million revenue hit from TV rights. It could also prompt the ICC, on receipt of a complaint from the members council, to suspend CSA on the grounds of outside interference.

The cancellation can also impact CSA’s deal with Star India for the Indian Sub-Continent rights. CSA and Star reportedly has deal worth USD 105 Mn for four year rights.