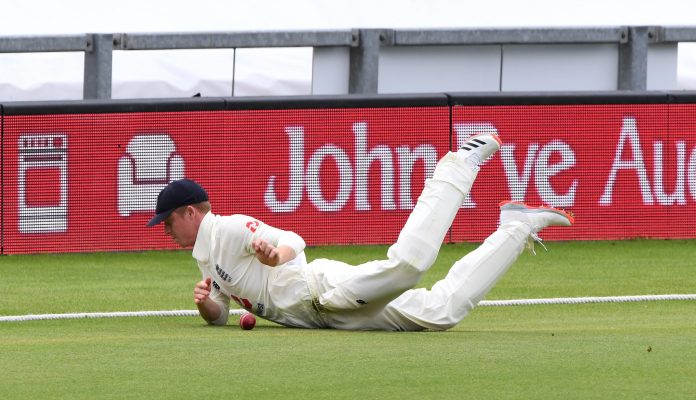 England batsman Ollie Pope has been ruled out for up to four months after dislocating his left shoulder during the #raisethebat third Test against Pakistan at the Ageas Bowl.

The injury occurred on the fourth day of the draw between the two sides, with Pope sliding to save a boundary off the bowling of Stuart Broad. The 22-year-old left the pitch immediately.

An ECB press release said: “Pope underwent an MRI scan in London on Wednesday and was reviewed by a consultant on Thursday. The Surrey player will have surgery on the injured shoulder in the next couple of weeks and will commence a rehabilitation programme with the Surrey and England medical teams.

JUST IN: England batsman Ollie Pope will undergo surgery, and has been ruled out for up to four months, after dislocating his shoulder during the final #ENGvPAK Test. pic.twitter.com/kkBhM1Lx9q

“It is hoped Pope will return in time for England’s winter tours of Sri Lanka and India starting in the early part of 2021.”