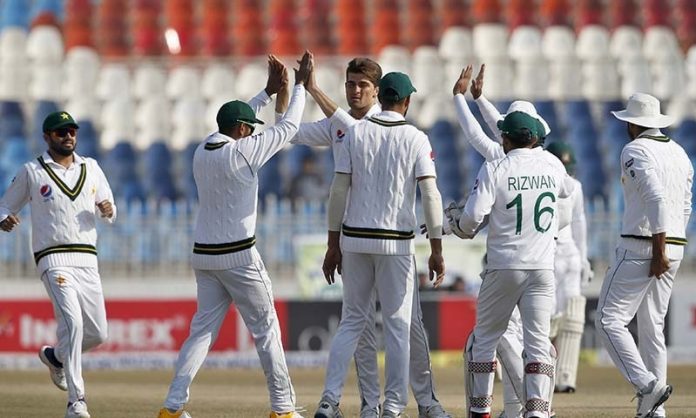 The Azhar-Ali led side has failed to get a result in their favour on their England tour with rain and poor weather also affecting their ambitions. While the Men in Green is set to take on England in the third Test in Southampton and will need a win level the series, a loss will not just ensure a series defeat but will put a Pakistan’s rare streak on risk.

Pakistan’s third and final Test against England at Southampton on Friday sees the guests face their first series defeat against the guests in 10 years.

The tourists are 1-0 down in a three-match campaign after a three-wicket defeat in the first Test at Old Trafford, a match where Pakistan were on top until the closing stages, was followed by a draw in a second Test at Southampton where neither side had a chance of victory in a match blighted by bad weather.

There had been concerns that Pakistan´s quicks would be worn out by three back-to-back Tests. But the lack of action in the second match — Pakistan had bowled just 43.1 overs in England´s first innings when a draw was agreed — should mean a first-choice pace attack of Shaheen Afridi, Mohammad Abbas and Naseem Shah are all fit and firing for Friday´s finale at the Ageas Bowl.

Pakistan coach Misbah-ul-Haq was confident fatigue would not have been an issue in any event, with the former captain, in a blog for the Pakistan Cricket Board´s website, writing that “fitness has been an important part of our strategy as a team” since he took charge in September.

Despite little play in the second Test, Misbah was heartened by the determination of Mohammad Rizwan, who top-scored with 72, the resilience of Pakistan´s top-order in “testing conditions” and the fact an attack featuring leg-spinner Yasir Shah took four wickets is a testament to the