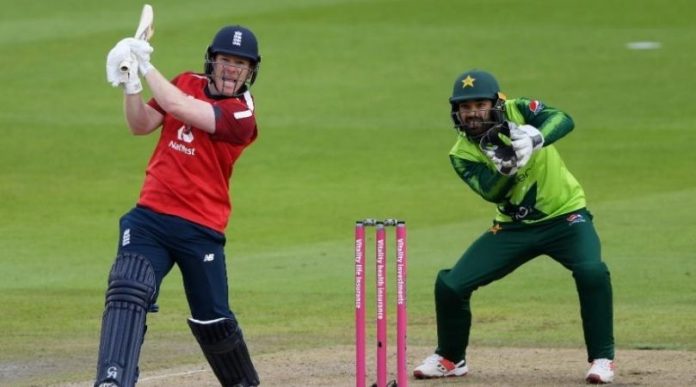 After Eoin Morgan’s heroics sealed a thriller to put England 1-0 up in the series, the Three Lions would be hoping for yet another inspired display to wrap up the series. Pakistan, on the other hand looked in good shape but were unfortunate as they fell victim to the fireworks from Banton and Morgan.

With a 1-0 defeat in the Test series, the Men in Green would be seeking to avenge their loss with one last stroke of vengeance in the T20 series decider.

Sony Pictures Network will broadcast the series LIVE and will also LIVE stream the series on SonyLIV.

The Old Trafford pitch is expected to favour pace bowlers as it did in the last two T20Is played here. However, in the first T20 international Tom Banton slogged spinner for gigantic sixes before the Pakistani spinners brought the visitors back in the game.

The third and the final contest of the England vs Pakistan series is expected to be unhindered by rain. There are no chances of a thunderstorm with a minimal 3% chance of rain. The maximum temperature will be 18°C while the lowest is expected to be around 9°C.

The Pakistan team will look to bounce back in the last match of the T20 series which is on the 1st of September, and try to level the series and register their only win in the series. But, no matter what the result, the last match will definitely be an exciting one to watch.