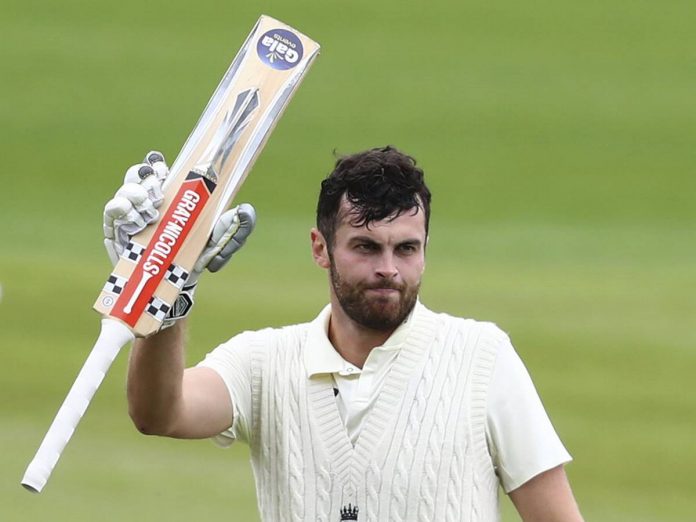 England reached 55 for one at lunch as they made a steady start to their pursuit of 277 in the first Test against Pakistan.

After the loss of Rory Burns, to Mohammad Abbas for 10 courtesy of a very tight lbw, was a setback but there were no other major dramas as Dom Sibley (26 not out) and captain Joe Root (18no) saw things through to the break.

Interestingly, during England’s batting cricket pundit Nasser Hussain pointed out Dom Sibley has made a smart adjustment to his batting. The right-hander was seen to cut of the top edge of his cricket bat in order to avoid any bruises to his right finger.

Interesting Point from @nassercricket on @DomSibley chopping off the top edge of his cricket bat to avoid bruise to his right fore finger due to holding low grip !#ENGvsPAK #ENGvPAK #DomSibley pic.twitter.com/jyPZQcTBLV

Resuming on 137/8, Pakistan leg-spinner Yasir Shah top-scored with a breezy 33 off 24 balls to take the team to 169, more importantly setting England a challenging target on not-so-easy batting conditions.

For the hosts, Stuart Broad was the pick of the bowlers with 3/37 with Chris Woakes and Ben Stokes taking two wickets each. England were brilliant with the ball and did not let Pakistan batters settle as they fought their way back into the Test match after being in the dumps.

Chasing 277, England lost Rory Burns early as the left-hander was trapped in front by seamer Mohammad Abbas for 10 runs.

Sibley and Root then played cautiously as the likes of teenager Naseem Shah asked a lot of questions with a probing length and speed.

The Three Lions will face an uphill task with still a considerable chase left, 58 more than they managed in their first-innings on a wearing pitch, and has only been bettered once before at Emirates Old Trafford.