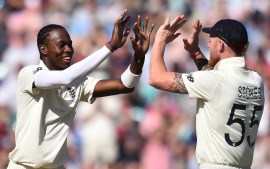 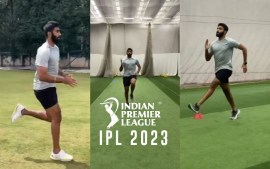 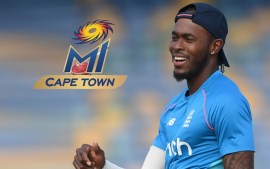 ENG vs NZ: Jofra Archer’s mysterious elbow injury is back to haunt him once again. After returning to first-class cricket with Sussex,…

ENG vs NZ: Jofra Archer’s mysterious elbow injury is back to haunt him once again. After returning to first-class cricket with Sussex, Archer could bowl only five overs in the 2nd innings against Kent after complaining of a sore elbow once again. The first-class match was his ticket to England’s Test series against New Zealand at home. But now, it puts his inclusion in doubt. The same elbow injury ruled him out of IPL 2021.

After impressing in the first innings with 2/29, Jofra Archer bowled 5 overs in the 2nd innings before rain stopped play. However, after the match resumed on Day 3 when Sussex captain Ben Brown asked him to open the bowling, Archer refused. Following a brief discussion, George Garton was called in to open the bowling. It was later revealed that Archer had complained about a sore elbow. In the first innings, he only bowled 13 overs.

“I think there was some confusion about the state of Jofra’s elbow. Ben thought he was going to bowl but his elbow was sore and there was confusion over that and he couldn’t bowl. If you saw today, he’s not going to bowl tomorrow. You’ll have to ask the ECB,” Salisbury said.

ENG vs NZ: With Sussex playing no further first-class matches after the Kent game, it was Jofra Archer’s only chance to prove his fitness before England could pick the squad for the two-match Test series against New Zealand, beginning June 2.

As the England and Wales Cricket Board (ECB) has already indicated that it would be willing to allow Archer more time to recover from the elbow injury keeping the 5-match Test series against India at home in August, the ICC T20 World Cup in October and the Ashes 2021 in Australia in mind, Jofra Archer is likely to miss out on a place in the New Zealand series after failing prove his fitness.

“Any time that Jofra can’t bowl you’re going to be frustrated as a leader, or as a team. But it happens. In sport, people get injured. That’s life. That’s sport. He’s still willing to be out there because he wants Sussex to win. They [the ECB] had to give him permission to play this game. He’s not our player so they had to give permission,” Salisbury said.

ENG vs NZ: Jofra Archer returned to cricket after England’s tour of India where he faced problems with the chronic elbow injury that needs quarterly injections to keep it going. However, surgery on the finger and the troubled elbow had ruled him out of the IPL 2021, which is now suspended due to the COVID-19 pandemic, leaving Rajasthan Royals in the lurch. Although he returned to cricket after recovering from the surgery with Sussex 2nd XI, he did not bowl in the 2nd innings.

Archer said he would like to come back for the remaining matches of IPL 2021 when it resumes. But considering his fitness, ECB may not allow him to play in IPL 2021 before the Ashes 2021. 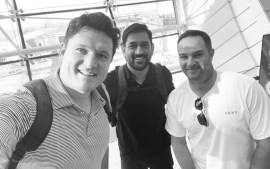