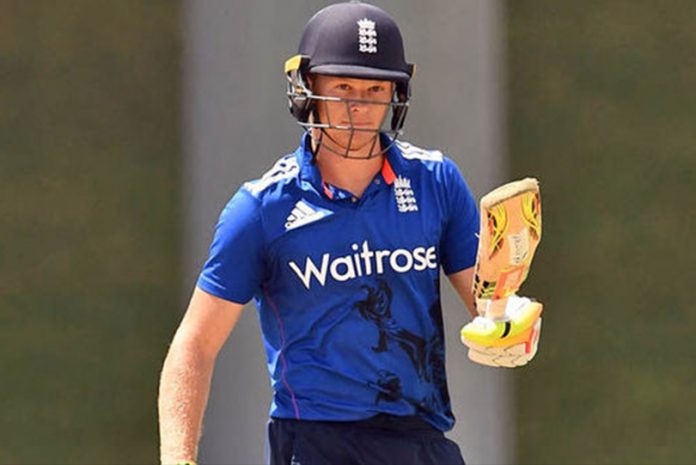 In-form batsman Sam Billings admitted he is unlikely to keep his place in the England ODI team once star all-rounder Ben Stokes returns despite the fact that he scored runs aplenty against Ireland and Australia.

The 29-year-old Kent batsman scored his maiden ODI century, hitting 118 in a losing cause in the first match against Australia on Friday. Last month, he had scored his then ODI best of 67 not out against Ireland, after coming into the team due to an injury to Joe Denly.

But Stokes, who is currently in New Zealand with his family, set to return for Eoin Morgan’s side, Billings accepted he may lose his place in the playing XI.

“It is probably one of the hardest teams to get into in world sport at the moment,” he was quoted as saying told ‘Sky Sports’.

Billings though is ready to grab any chance that comes his way in the future.

“As long as you are putting yourself in the position to be the next cab off the rank, you never know when these opportunities will arise.

“That’s all I can do and, especially building towards the T20 stuff, there is a slot in that late middle-order, so hopefully it keeps pushing my case in that format as well.”

An injury denied him the chance to be a part of England’s World Cup squad last summer, but Billings knows from personal experience that his opportunity could come at any time and is determined to be ready when it does.

“There are three more World Cups coming up and the lads are very keen to add to the one last year and I really want to be a part of it.

“It’s a huge incentive for the guys coming in to really put your marker down and your stamp down to be in the World Cup squad next year.”