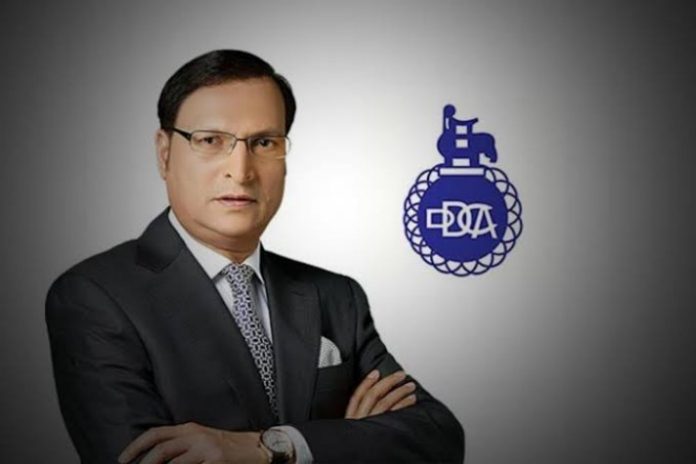 Rajat Sharma’s turbulent innings in the Delhi and District Cricket Association came to an abrupt end today (Friday) after Ombudsman Justice (Retd) Badar Durrez Ahmed allowed  him to tender his resignation as the DDCA president.

The Ombudsman since November 27 was hearing the issue of Sharma’s earlier resignation and subsequent withdrawal under his direction as well as suspension and reinstatement of secretary Vinod Tihara.

The Apex Council in a major shift in its stand earlier this month had resolved to withdraw the suspension orders of Tihara as well as deprive Sharma of the “additional” powers vested in him shortly after his election as the DDCA president.

Following the above two Apex Council resolutions, Sharma had tendered his resignation on November 16.  Several management team executives too had followed Sharma on their way out.

As several DDCA members, led by Siddharth Sahib Singh, had approached the ombudsman in the matter, Justice (Retd) Ahmed had stayed the resignation and ordered to maintain a status of quo.

As the ombudsman, who was hearing the matter since November 27, was expected to pass an order on the matter following the hearing slated for 3:00 pm today, Sharma in a letter to Justice (Retd) Ahmed had urged to be relieved from the post. The ombudsman accepted this resignation.

Sharma in his letter had stated that he could not continue in an organisation, which is in a “chaotic” state.

“I resigned on November 16 from post of President DDCA for the reasons stated in the letter. I however continued to honour the directions of the ombudsman and later reiterated by the High Court. However, the situation in DDCA is completely chaotic and I find it impossible to continue any further as President,” Sharma has stated in his letter to the ombudsman.

“It is clear that Rajat Sharma has expressed his desire not to continue as President of DDCA. This entire controversy surrounding his resignation does not survive anymore,” Justice (Retd) Ahmed said in his order.

Apex Council member and DDCA director Sanjay Bhardwaj, a former Delhi cricketer who had first blown the bugle against the DDCA president for his “dictatorial and arbitrary” functioning, said “We respect Mr Sharma at a personal level. But there were massive differences for obvious reasons. We had joined hands for the betterment of Delhi cricket. Differences cropped up and the DDCA executive could not perform as a team for 20 months. Cricket should be and would be a priority in the DDCA.”

Rajat Sharma was elected to the DDCA president’s office last year with the support of Vinod Tihara, who had successfully contested for the secretary’s post. However, the two have fallen apart as the former allegedly tried to take absolute control over the cricket governing body in the Capital. There was an alleged bid to shift DDCA’s day to day operations to Sharma’s India TV channel office complex in Noida “for smooth funcitioning”.

The president through a special Apex Council resolution had also acquired additional executive powers. The resolution though could never be approved by the general body as there has been no annual general meeting or a special general body meeting during the 20 months of Sharma’s tenure as the DDCA president.

The president and secretary could never reconcile thereafter. While there had been several moves to oust the secretary from his position, who has not been allowed to operate from his office. The dispute which led to several court room battles finally comes to an end with the president’s resignation.