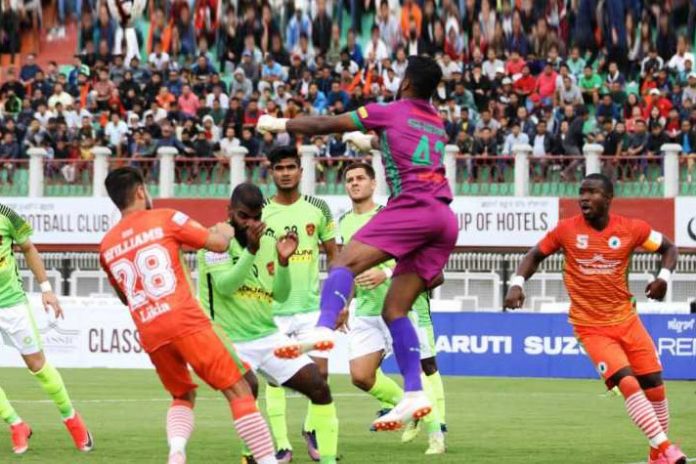 While a lot is left to desired for various professional sports league, I-League first round has registered great attendance in most of the games.

As the first round of the I-League football league came to an end some of matches have seen a number of exciting moments that left fans on the edge of their seats and recorded good attendance.

The season opener in Tamil Nadu saw an audience of 8,262 as the hosts Chennai City FC hosted the youngsters from the Arrows, with the match ending 4-1 in favor of the home side.

The second day saw robust numbers as well as the match between NEROCA FC and East Bengal, which finished in a 2-0 win for the Red and Golds, saw 26,412 fans throng the stands, which became a virtual sea of orange.

The other match of the day saw the highest attendance among the five fixtures as 28,437 fans witnessed hosts Gokulam Kerala FC play out a scintillating 1-1 draw against the Calcutta Football League champions Mohun Bagan. The figure was also the maximum so far for a Gokulam home match in the I-League, which is a highly encouraging sign.

Incidentally, apart from Coimbatore, every other venue which hosted a game in the first game week of the I-League has seen a significant rise in footfalls.

Defending Champions Minerva Punjab FC’s first match in the previous season was attended by 5,995 Minervans at the Tau Devi Lal Stadium in Panchkula. On the other hand, Kozhikode (25,841), Imphal (27,633), Shillong (6,989) have also witnessed fewer spectators during the first game week of the previous edition of the Hero I-League.

Sunando Dhar, CEO, I-League, said the I-League has seen an ‘encouraging’ start and he believes that every team will build on this. “It’s heartening to see an encouraging start to the Hero I-League this season. We have to congratulate the clubs for the marketing done by them. They have done a splendid work so far and I’m sure every team will build on this to make this edition of Hero I-League another successful one.”
The second round of fixtures of the 2018/19 I-League have started from yesterday (Wednesday).