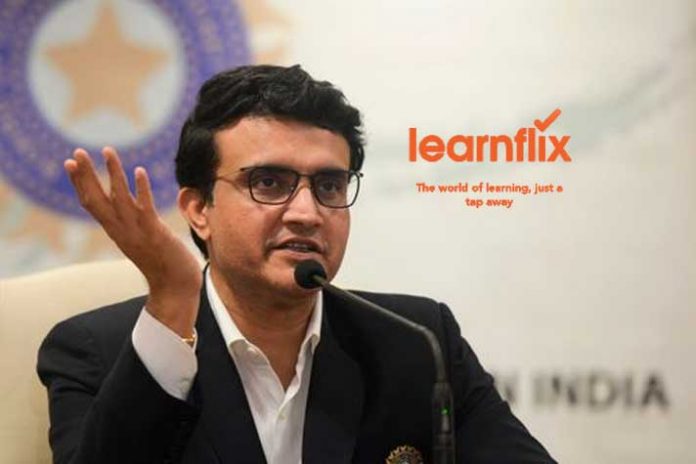 Sourav Ganguly is fast re-emerging as brand icon after taking the reign of the Board of Control for Cricket in India. The Prince of Kolkata has been regularly in news ever since he had moved into the hot seat of the BCCI president in October last year.

In the brand world an icon’s recall value and frequent presence in the news medium are two key factors to determine the demand and price tag for endorsement deals. Jo dikhta hai wo bikta hai  (the one who is visible is in demand) saying is working aptly in the case of former India skipper as his presence in media as the BCCI president has also added to his visibility in the commercial campaigns on various media platforms.

Digital learning tool ‘learnflix’ is the latest edition in Ganguly’s basket of brands, which has been emptying gradually ever since the dashing southpaw had hanged his playing kit. His recent signings also included Kraft Heinz India (for the Complan nutrition brand). MyCricle11, the digital fantasy sport platform, too has become aggressive in its marketing campaigns with the Maharaja.

“Being the boss of BCCI is a high profile position. In the case of Sourav Ganguly, he has been a star captain as well! Hence he gets that additional attention and adulation of brands,” says Harish Bijoor, brand thinker, marketing guru and founder of Harish Bijoor Consults Inc.

“Ganguly with him brings on board the traits like reliability, the leadership and a persona worthy enough to follow. Election as the BCCI president makes him an active iconic figure in Indian cricket with tremendous recall value and media presence. Him being Sourav Ganguly the kind of value he is generates with his newsworthiness will make him an obvious choice for the brands,” says Ashish Chadha, Chief Executive and founder, Sporty Solutionz.

Learnflix, the digital education platform, is launched by India’s leading and the oldest education sector publishers S Chand Group. It has initial offerings of over 28,000 education videos, quizzes, revision notes, assessment papers, sample papers, NCERT solutions and eBooks from renowned authors besides the personalised learing app for students from class 6th to 10th.