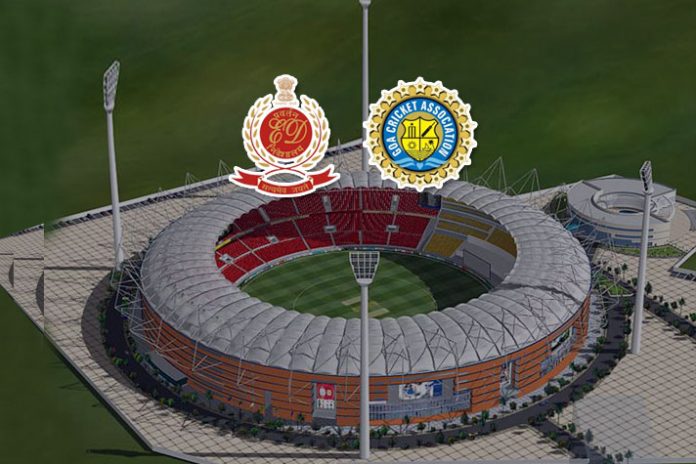 The officials are accused of siphoning off the State cricket body’s funds received from the Board of Control for Cricket in India towards the grant of media rights in 2006, national daily Times of India has reported.

ED in a statement has stated that “out of the total grants (₹ 6.95 crores), an amount of ₹3.87 crore was siphoned off by Dayanand Narvekar, Chetan Desai, Vinod Phadke and Akbar Mulla, by fraudulently opening accounts with Development Credit Bank, Panaji and Shiroda Urban Cooperative Society, IDC Kundaim branch, Ponda”.

The accused would open fraudulent accounts in the name of GCA with some Goa-based banks based in Goa and deposit the money received from the BCCI in those accounts. However, the officials would deliberately not disclose about those accounts and the funds parked there in the GCA monthly meeting and annual general body meeting. The details would also not reflect in the GCA balance sheet.

“The money deposited in these accounts would then be withdrawn in cash using bearer cheques in name of fictitious persons. The office bearers used to telephonically inform the bank officials concerned that their person is coming to withdraw money and they should clear the cheque at the earliest,” the ED statement said.

There were also some instances of fictitious payments being made to third parties. GCA had placed some orders to Hako Enterprises in Mumbai for sports equipment such as lawn mowers, bowling machines, cricket pitch cover and ground rollers. The payment was made to the company even as the equipment was not supplied.