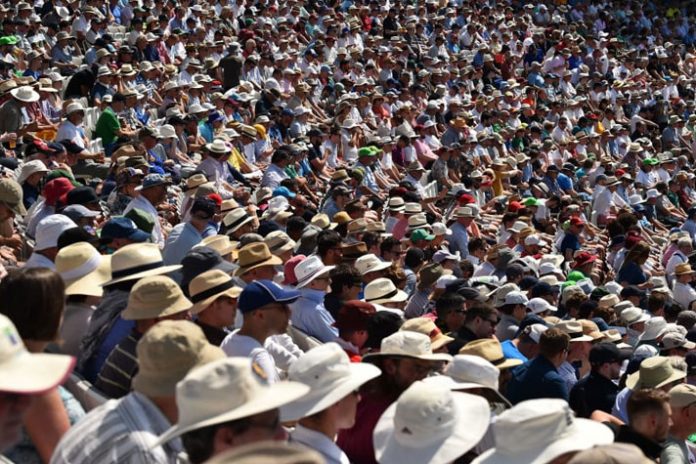 The England and Wales Cricket Board (ECB) has announced that its annual domestic and international attendances had broken the three-million barrier for the first time since ECB records began.

The total gate figures for professional cricket this season were over 3.15 million – a record-breaking figure for the professional game in England and Wales and an 18% increase on the previous record-holding year 2017.

Following record levels of advance ticket sales for this summer’s schedule, all venues hosting England men’s international fixtures in the 2020 season will run ticket ballots for the first time as part of a fair and transparent process for fans to access in-demand tickets.

With seven venues’ international ballots set to close this Wednesday, fans are encouraged to enter the ballots quickly if they want to see England stars like Jofra Archer and Ben Stokes in action next summer when the men’s team host West Indies, Australia, Pakistan and Ireland.

Ø This summer’s Specsavers Ashes Test series was effectively sold out by the end of February compared to mid-June for the last home series in 2015.

Ø A five per cent increase in occupancy rate across venues staging women’s international cricket – and a 3,200 increase in advance ticket sales on 2018.

Ø More than 145,000 people have already registered for ticket ballots with venues hosting England men’s international cricket in 2020. *See below for full details.

Ø ECB Chief Executive Officer Tom Harrison said: “Hosting an ICC Men’s Cricket World Cup and the Specsavers Ashes Test series in the same season gave us a unique opportunity to bring more people to the game – and we’re thrilled that this summer’s record crowds have exceeded all our expectations.

“We owe a special vote of thanks to the England men’s team for matching the women’s team’s achievement in winning the World Cup on home soil – and, of course, to all our domestic and international venues who played such an important role in delivering our biggest ever attendance figures.

“We are committed to capitalising on this opportunity and with the launch of our new five-year strategy Inspiring Generations, which has growing the game at its heart, we have ambitions to replicate the attendance figures cricket has enjoyed this summer across future seasons.

“We’re also excited to see significant growth in advance ticket sales across all venues. With four international teams touring this country next summer, we’re already seeing strong demand for tickets at all venues and we’d urge fans to buy early to avoid missing out on what promises to be another memorable summer of cricket.”

Ø The following seven counties will close their ballots at 23:59 on Wednesday, 25 September: