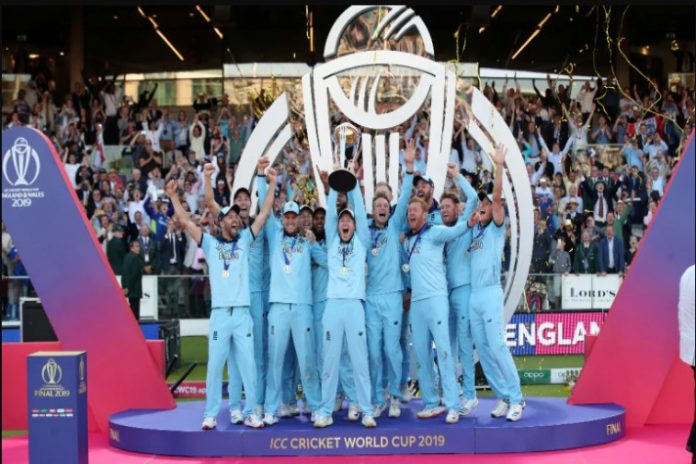 The initial data from a project investigating the impact of the 2019 ICC Men’s Cricket World Cup has revealed the tournament inspired a substantial increase in people’s engagement with cricket across England and Wales in 2019, ECB has reported.

Fifteen million fans tuned in across the final, which ended with Jos Buttler diving full-length to run out Martin Guptill and win the closest of games for Eoin Morgan’s side, and that historic moment has rippled out across the country, impacting positively on participation, attendances and engagement.

The ECB has also released a video titled “An Incredible Summer” with the report.

Selected findings of the report reveal numerous positives for cricket and stakeholders in the sport in England and Wales.

In partnership with Chance to Shine, the Cricket World Cup Schools Programme reached over 800,000 primary school pupils across almost 8,000 schools.

The tournament had a significant impact in bringing new fans to the game, with 52,000 new domestic ticket-buyers purchasing 227,000 tickets

Viewing figures for the ICC Men’s Cricket World Cup final were circa 15.4m, 31% of whom were watching their first cricket match. Twenty-four million people across England and Wales watched the tournament at some point.

Forty percent of fans intend to follow cricket more in the next 12 months (51% for South Asian supporters), while engagement with ECB’s digital output increased 120% in 2018.

Ninety-four percent of first-time volunteers across the tournament would volunteer again in professional cricket.

Chief Executive Officer of ECB, Tom Harrison, said: “It has been the most incredible summer of cricket and I’m extremely proud of the hard work that has resulted in such a memorable tournament.

“We knew hosting the 2019 ICC Men’s Cricket World Cup would give us a great platform from which to diversify and grow the game and these findings demonstrate that we’ve been able to both reach new fans and to strengthen connections with existing supporters.

“Cricket can play a powerful role in bringing communities together – we witnessed that this summer – and we’ve seen those moments like the one we saw at Lord’s can help to inspire a generation.

“This summer has helped to ignite a heightened passion for the game across the country and I look forward to seeing how we utilize that through our 2020-2024 strategy, Inspiring Generations.”