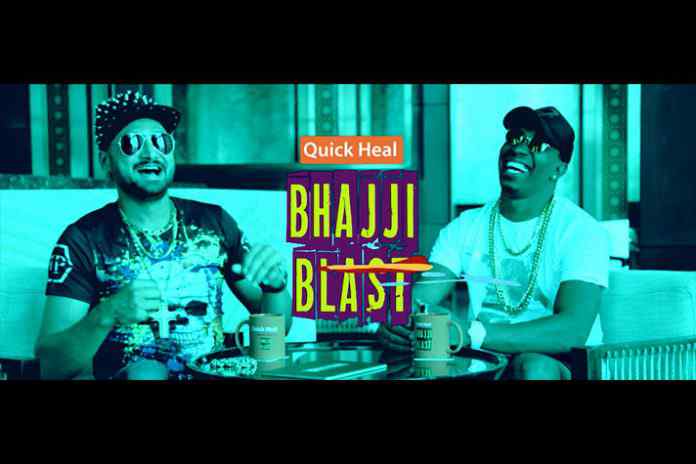 Dwayne Bravo has made some brave confessions in his tete-e-tete with Harbhajan Singh. The second episode of the Quick Heal Bhajji Blast turns out to be a complete entertainer with a complete dose of Caribbean entertainment and Indian music.

The two-part show has all the ingredients to engage the audience with music, laughter and a serious dose of cricket. There are confessions which only two close friends could make in a candid no holds-barred conversation.

Blessed with a melodious voice and a good sense for music notes, they both are – just like their cricketing skills. That makes the Turbanator and the Trinidad cricket icon warm up for the show with a rare fusion of the Caribbean and Indian, Punjabi music. Bravo’s brave confessions on the show are also insight into the Caribbean culture. The Chennai Super Kings all-rounder talks about his love life, his three kids and marriage plans.

The second part is a blend of comedy and cricket. Bravo’s love for India and his Indian crush for over a decade. The two part show features excerpts from two entertainers conversation that has gone on uninterrupted for over two hours. “Talking to each other was so much fun that we just forgot about the cameras rolling, the lights, the studio atmosphere, the director or the production crew around us. When it comes to entertainment and opening up about life Punjabis and Caribbeans share so much. Doing this show was one of the most entertaining moments of life,” Harbhajan Singh, the show host, told insidesport.co.

“Then there is serious cricket conversation,” adds Harbhajan.

The first episode of the Quick Heal Bhajji Blast with Suresh Raina has recorded 12 million hits in a mere six days of its launch. The two parts of the Bhajji-Bravo show, released on Tuesday, 15 May, are also an instant hit for sheer fun and cricket quotient.

Harbhajan is doing a ten-part Bhajji Blast series with his Chennai Super Kings teammates. The videos are available on Qu Play Youtube channel.

Quinton de Kock pull-out: Miachel Vaughan backs de Kock for his decision, says ‘Individuals should decide if they want to be part of any...

SA vs WI: Kieron Pollard reacts to Quinton de Kock’s controversial pull-out, says ‘Each and everyone has their own opinions’