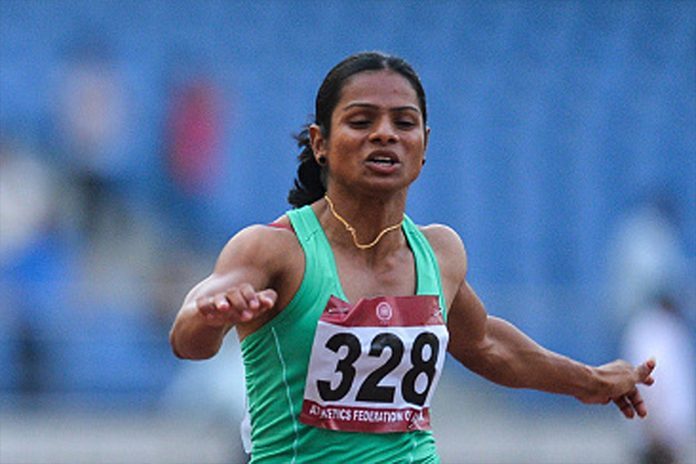 India’s fastest woman Dutee Chand on Thursday requested the External Affairs Minister S Jaishankar to help her get visa so that she can participate in a couple of races in Europe in her bid to qualify for the World Athletics Championships.

Dutee, who recently became the first Indian woman track and field athlete to clinch a gold medal in the World University Games, is slated to run 100m dash in two IAAF-approved races — one in Ireland on August 13 and another in Germany on August 19. But she is yet to get her visa.

“Want to participate in @iaaforg tournaments in Ireland & Germany on 13 and 19 Aug rsptvly. My Visa formalities have not been completed due to some reasons. Request @DrSJaishankar & @MEAIndia to intervene at the earliest and help me participate in the race,” the 23-year-old sprinter tweeted.

Sources, however, said that Dutee had applied for the visa last week and she had planned to depart from India on Friday.

“She had wanted to run in Europe to qualify for the World Championships later this year and even for the Olympics but funding was the issue. Nobody was coming out to fund her. Finally, Kalinga Institute of Industrial Technology in Bhubaneswar came up to finance this two-week trip to Europe,” a source said.

“So she applied for the visa mid last week and she is waiting for the visa now. There is still time though not much and hoping that she will get the visa in the next few days to be able to run the races,” the source added.

Dutee is currently a student of Kalinga Institute of Industrial Technology, Bhubaneswar.

The World Championships qualifying timing is 11.24 seconds and 2020 Olympic Games cut-off is 11.15. She ran her personal best and national record time of 11.26 seconds in Doha in April during the Asian Championships.