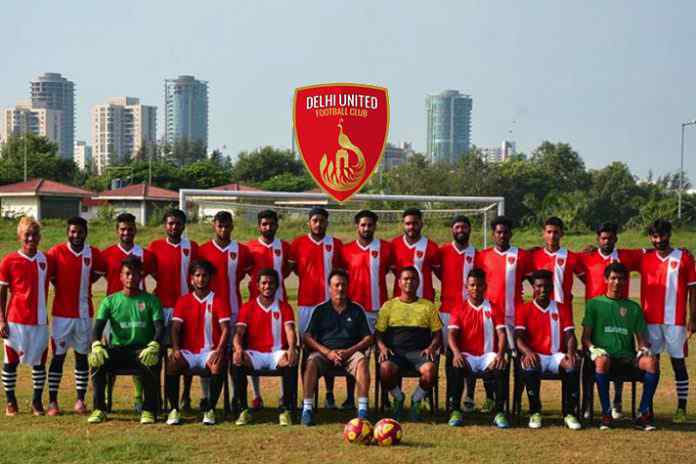 Shaji Prabhakaran, former Fifa development officer for South and Central Asia and a football visionary, is the driving force behind the DUFC and the vision document.

The Vision and Strategic Goals have been finalized following an in-depth discussion within the board after analysing different aspects of football in India and considering Delhi as a future potential market for football in India, according to a DUFC Press release.

Though the league structure in India is still evolving irrespective of the current situation we as a club firmly believe that eventually, India will adopt a global structure by which every club in India can become a part of a league structure and dream to play in the Premier League of India. 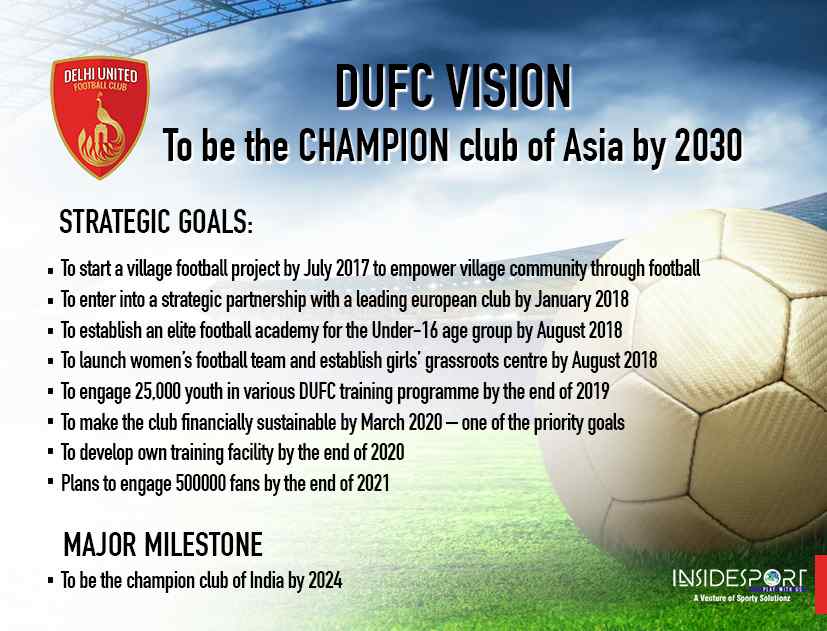 The club has also adoption of Ghamroj Village in Haryana since July 2017 to engage the village community into football. The youth of the village are being trained by DUFC. Very soon the club will start the construction of a natural football pitch and changing room to improve the basic football facility in the village.

The has engaged Harjinder Singh, the ex-India captain and the former Coach of the Chandigarh Football Academy who produced 36 youngsters to play for India in last one decade. They include the captain Amarjit Singh and 3 other players of the current India U-17 team.

Dr. Gautam Pal has been engaged a the DUFC grassroots ambassador, considering his work in the social sector and the effort he is putting in to promote football in his own way.

Jeyadev Parthasarathy, the alumni of XLRI Jamshedpur and a successful business professional with over 20 years of varied experience as an entrepreneur, different startup ventures and active in executive search industry, has been appointed as an advisor to the DUFC Board. It is the second time he is associating with a professional club. In his earlier stint Jaydev has helped Shillong Lajong turned professional as the marketing and strategic advisor for the Club.

“I always wanted to be a part of the Delhi club and Delhi United is the best club to associate with since I believe in the philosophy and vision of the club management and I would put my business experience to support the club in achieving its goals,” Parthasarthy said.

The DUFC board chairman Krishn Anand shared how we wanted to create opportunities for youth to be part of football. “I decided to invest in a football club with an objective to create better opportunities for youth. I see that youth in India is increasingly becoming passionate about football and through Delhi United we can do our bit to develop football by focusing on youth. Though we are still not sure about the league structure, however, we are determined to work hard in the sector of youth development and connect with the community through our innovative strategies and plan. Football in India is at an interesting crossroads and we all stakeholders have to come together to meet the aspirations of our youngsters and work hard to present a better platform for football in India.”

Delhi United FC also availed the opportunity to extend best wishes to the India U17 National Team on their debut in the FIFA U-17 World Cup, starting from 6th October 2017.