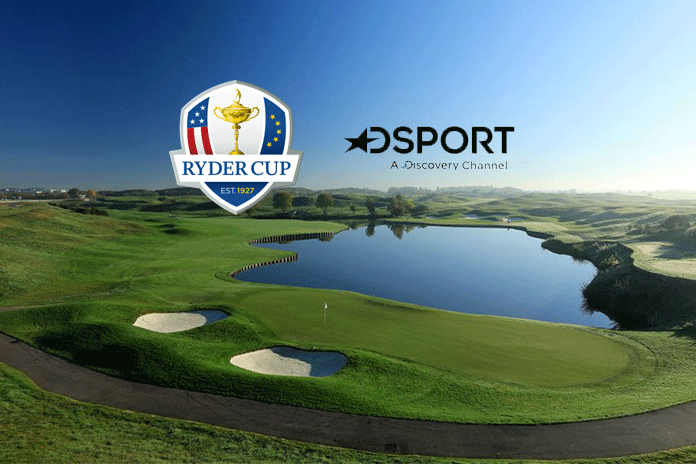 The 42nd edition of the biennial Ryder Cup will bring the long-lasting existing rivalry between golfers of Europe and USA for the Indian viewers. The prestigious tournament will be telecast live on Dsport from September 28 to 30. The action for the first two days will start at 11 am while the final day will be live from 3:30 pm, the broadcaster has said in a Press release.

Some of golf’s greatest players from Europe and USA will be seen in action during the Ryder Cup. USA will be captained by Jim Furyk who is a 17-time PGA tour Winner while David Duval and Zach Johnson hold the post of vice-captains. Europe will be led by Thomas Bjørn who has had an illustrious career having 15 European Titles to his name, supporting him as vice-captains will be Robert Karlsson, Graeme McDowell and Lee Westwood.

This Cup will showcase marquee golfers such as Rory Mcllroy, who stood 5th in the recent PGA Championship; Justin Rose, who finished first in the PGA championship looks in splendid form and he would be ready to make his mark on this cup. Spanish Sergio Garcia, who won his last Major at the 2017 Masters Tournament, is the only golfer to hold a record to score four-and-a-half points out of the possible five at the ‘Ryder Cup’.

Tiger Woods, who besides winning the PGA Tour title yesterday has made a tremendous come back by finishing T-2 in the Valspar Championship. Jordan Spieth who has five top 10 finishes this season and a third place finish at the Masters tournament will be a key man to look forward to.

Since the inaugural ‘Ryder Cup’ in 1927 the contest has become very popular with players and spectators alike.

DSport is available on all DTH platforms (Tata Sky Channel #495, Airtel DTH Channel #304, Dish TV Channel #630). The ‘Ryder Cup’ is hosted at the spectacular Le Golf Nation, Albatros Course, and has been evolving to become bigger and better with each edition.