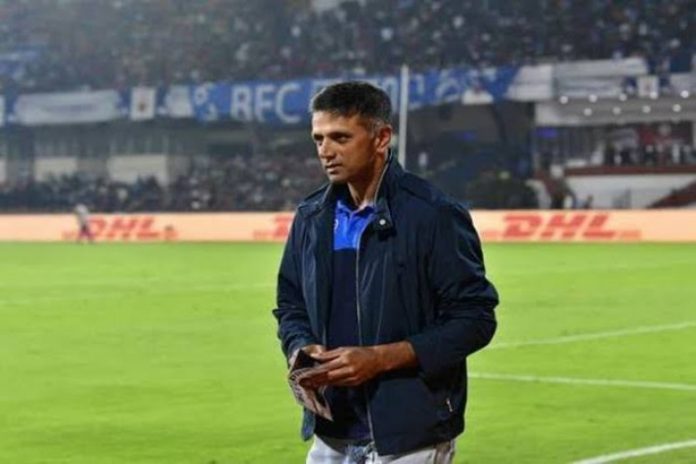 Board of Control for Cricket in India (BCCI) ethics officer D K Jain has asked Rahul Dravid to appear in person for the second time, on November 12, for “further submissions and clarifications” on the conflict of interest allegations leveled against him.

The 46-year-old former India captain had earlier explained his case in the personal hearing held in Mumbai on September 26.

“Jain wrote to Dravid on Wednesday night, asking him to depose on November 12 in New Delhi. Gupta too will be heard,” a BCCI official has revealed.

Also Read: Ready to provide pink balls as and when BCCI wants: SG

ICC affairs ran on 75% of its grants from BCCI: Anurag Thakur

Dravid is currently the NCA Director in Bengaluru besides being a vice-president in the India Cements group, which owns the IPL franchise Chennai Super Kings. He was also the head coach of the India A and Under-19 teams before being handed the NCA role, which includes monitoring the progress of these two sides as well.

Dravid has already given a reply and defended himself saying he has taken leave of absence from India Cements and he has nothing to do with the Chennai Super Kings.

As per the BCCI constitution, no individual can hold more than one post at the same time.

The Committee of Administrators (CoA) was in charge of the BCCI when the September hearing took place but a new set of officer-bearers were elected last week, ending the 33-month tenure of the Supreme Court-appointed panel.

BCCI’s ICC agenda: To get back stronghold, $372 million

The new BCCI president, Sourav Ganguly, has already said that the conflict of interest is a “very serious issue” facing Indian cricket.

In fact, Ganguly had lashed out after Dravid was issued a notice in August, saying “God help Indian cricket”.

Before demitting the office, the CoA, in its 11th and final status report submitted to the Supreme Court, had recommended some key amendments to a “straight-jacketed” conflict of interest clause in the BCCI constitution.

If the amendment is accepted by the apex court, former players with less than two-year contracts with the BCCI or state associations will be allowed to have multiple roles.

They will also be allowed to join multiple committees like the Cricket Advisory Committee (CAC) and won’t be barred from commentary stints.