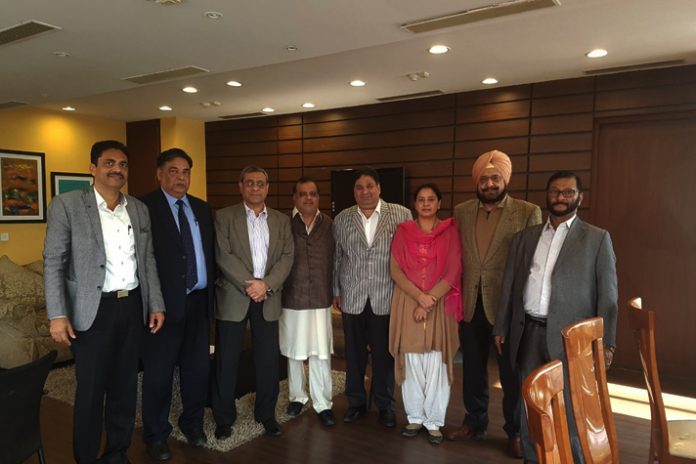 Dr. Narinder Dhruv Batra is the next President of the Indian Olympic Association. The elections are scheduled for December 14, but there is no opposition to the dynamic sports administrator’s candidature.

All decks are cleared as Anil Khanna has withdrawn his candidature for the highest office for sports governance in India.

“In order to keep the IOA family united and to ensure that common friends are not put in a difficult situation while deciding who to vote for, I have decided to withdraw my candidature as President of the IOA from the current election in favour of Dr Narinder Dhruv Batra,” Khanna said in a Press release on Thursday.

It was a three-way race to the IOA president’s office after returning officer SK Mendiratta had cleared Khanna’s nomination for the presidential post. Objections were raised as current IOA treasurer Khanna, after seconding Batra’s nomination, had also entered the fray. However, Mendiratta had turned down the objections.

Dr Batra and Khanna interestingly had also filed nominations for the post of senior vice-president.

Dr Batra was enjoying an overwhelming support among the IOA electorate.

Indian Weightlifting Federation President Birendera Prasad Baishya, the third candidate to have filed nomination for the President’s post, had already opted out in Dr Batra’s favour.

Incumbent Rajeev Mehta faced no contest for the post of secretary-general.

With Khanna deciding to withdraw his nomination, the IOA election on December 14, Thursday next, will remain only of academic interest. The announcement of Dr Batra and Mehta taking charge of the IOA President and secretary-general’s offices respectively will now be a mere formality. Khanna in all likelihood will be elevated from his current position as a treasurer to the senior vice-president’s office.

FIH, international hockey federation, President Dr Batra is a dynamic sports administration. The hockey world has seen India’s re-emergence as a power to reckon with during Dr Batra’s reign as the Hockey India president. He is credited with bringing in the professionalism in hockey. Now, the Olympic fraternity in the country will be looking up to him with a great hope.

Incumbent president N Ramchandaran is not seeking re-election for another term.