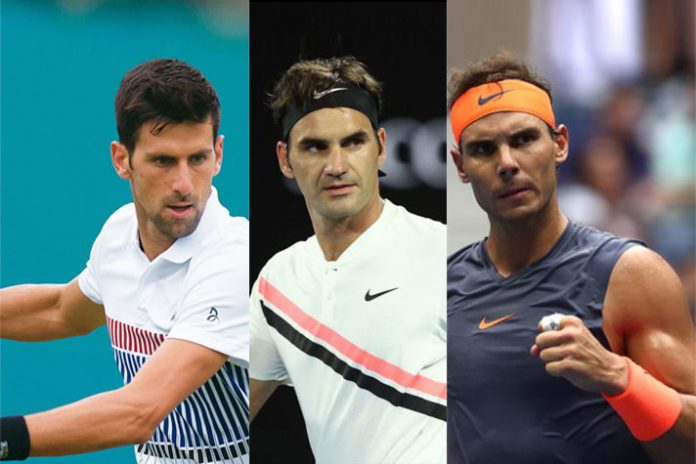 The 31-year-old Serbian following  his US Open crown and $ 3.8 million prize money earlier this year had left Roger Federer behind in on-court career earnings. The US Open prize purse had taken Djokovic’s consolidated career prize money to a staggering  $119.1 million. Federer till then had banked $117.51 million in his phenomenal 20-year career.

Rafael Nadal in 2018 has fared better than Federer as he aggregates $8,663,34. However, the Spaniard lags far behind Federer in the overall career figures. Nadal also is the only other professional tennis star to join Djokovic and Federer in the $100 million prize club.

Top five prize winner’s table on the men’s professional circuit also includes Pete Sampras, but it does not have mercurial Andre Agassi. 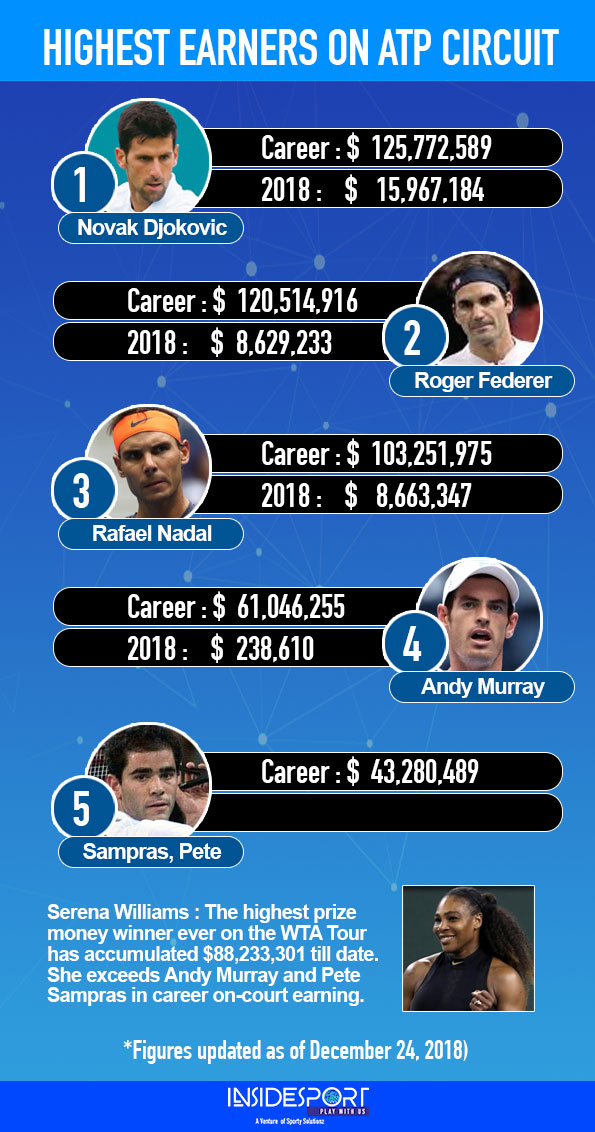 Year 2019 is again poised for some interesting milestones to watch for and some of these could happen as early as in January.

> Djokovic Goes for Grand Slam Title No. 15: With one more major victory, Djokovic will pass his childhood idol Sampras to become standalone third place on the men’s list for most Grand Slam titles in tennis history. The two of them are currently tied at 14, trailing only Roger Federer (20) and Rafael Nadal (17). The Serbian will likely to be the favourite to win the Australian Open in January.

> Nadal Goes for French Open Title No. 12: Nadal won his 11th French Open title this year, which tied him with Margaret Court, who has won 11 Australian Open titles, for most career titles at a single Grand Slam event for a man or woman in tennis history. If he wins one more title at Roland Garros, Nadal will become the first tennis player ever –   male or female – to win the same Grand Slam event 12 times.

> Federer Chases ATP Title No. 100: The Swiss was two wins away twice at the end of the 2018 season, falling in back-to-back semi-finals in his last two tournaments of the year in Paris (to Djokovic) and the ATP Finals (to Alexander Zverev). But Federer will have plenty of opportunities to win his 100th career ATP title in 2019, a milestone only one man has ever crossed (Jimmy Connors won 109 career titles).

> Serena Tries in line to Tie (or Break) the All-Time Grand Slam Record: Like Federer, Serena Williams had come close to reaching her most imminent milestone twice in 2018, reaching the finals of both Wimbledon and the US Open. If she wins her 24th Grand Slam title in 2019, she’ll tie Court’s all-time record for most career Grand Slam titles for a man or woman (a 25th would be a new record).  As of now, there are three tennis players to have crossed $100 million in career prize money. All three are men – Djokovic, Federer and Nadal.