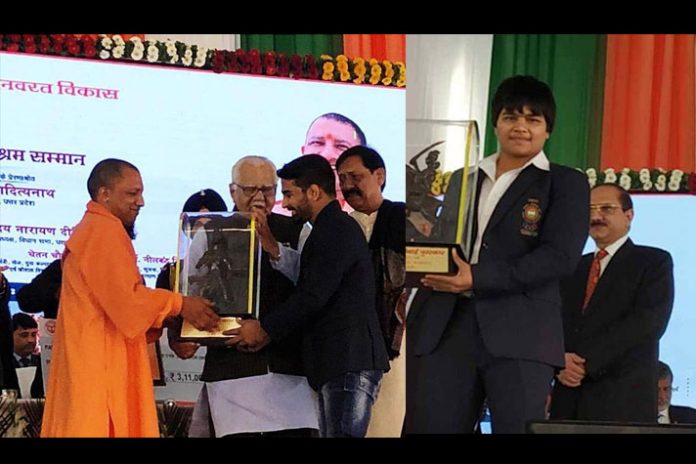 The Asian Games Bronze medallist Divya while appreciating the State Government gesture said, “this recognition will further inspire me to bring more laurels to my country and the State of Uttar Pradesh. I will also take this opportunity to thank the honourable chief minister Yogi Adityanath, Wrestling Federation of India President Brij Bhushan Sharan and the Department of Sports for their support. My parents and my coaches have also contributed immensely.”

The 20-year-old Diva has over 60 titles – including the 2017 Commonwealth Championships gold, 2018 Asian and Commonwealth Games bronze and the 2017 Delhi Asian Championships silver – in her closet. The teen, who trains in Delhi and represents Uttar Pradesh in domestic competitions, is an eight-time Bharat Kesari.

Divya has become the third wrestler to be honoured with the Rani Laxmi Bai award after Priyanka Singh (2015-16) and Anshu Tomar (2014-15).

The Navy man Sandeep has been a senior and junior national champion in the 55 kg category. The 27-year-old has under his belt four international gold medals – 2016 Asian Championship, 2013 and 2016 Commonwealth Wrestling Championships and the 2016 Copa Brasil (the Brazil Cup international competition). He has also represented India at the Rio Olympic Games.