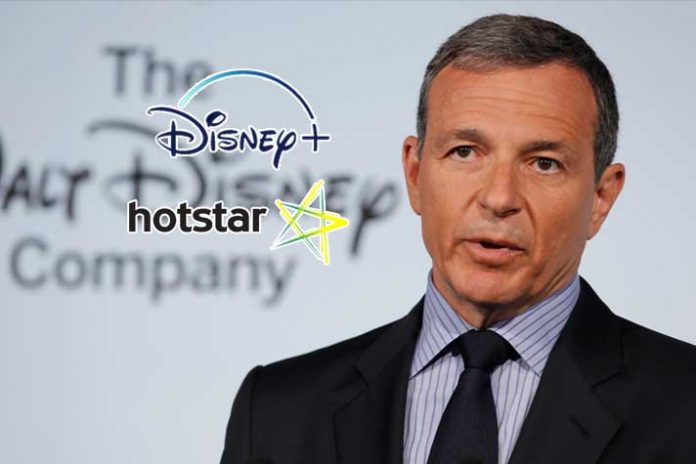 Disney+ will arrive in India on March 29 with the start of the Indian Premier League. This is official. The announcement has been made formally by the Walt Disney Company CEO Bob Iger during the first quarter financial conference call.

“We are excited to announce that we will be launching Disney+ in India through Hotstar on March 29 at the beginning of the Indian Premier League (IPL) cricket season. We will also be rebranding our existing Hotstar VIP/Premium service to Disney+Hotstar. We see a great opportunity to use a proven platform of Hotstar to launch new Disney+ service in one of the most popular countries and the fastest growing economy in the world,” Iger said.

Before arrival in India, the service will also be launched in key European markets like the UK, Ireland, France, Germany, Italy, Spain, Austria and Switzerland on March 29. The India launch is planned to coincide with the IPL 2020 start as the it remains one of the biggest traffic attraction on Star India’s OTT platform. Disney+ has been launched in the US, Canada and the Netherlands on November 12 last year while an expansion to the market like Belgium, the Nordics and Portugal is on the cards later this year.

The financial statement also revealed, Disney’s Direct to Consumer and International services in spite of a .0.9 billion growth to $ 4.0 billion has seen a big surge in losses – from $ 136 mn to $ 693 mn. Costs of the launch of Disney+, the consolidation of Hulu and a higher loss at ESPN+ are attributed to the rise in the losses.

“These increases were partially offset by a benefit from the inclusion of the TFCF businesses due to income at the international channels, including Star 4. The increase in operating loss at ESPN+ was primarily due to higher programming costs, primarily for Ultimate Fighting Championship (UFC) rights, and an increase in marketing spend, partially offset by subscriber revenue growth and UFC pay-per-view fees. Commencing March 20, 2019, as a result of our acquisition of a controlling interest in Hulu, 100% of Hulu’s revenues and expenses are included in the Direct-to-Consumer & International segment. Prior to March 20, 2019, only the Company’s ownership share of Hulu results was included (as equity in the loss of investees),” state excerpts from the report quoted by exchange4media.

As per the financial report, the average monthly revenue per paid subscriber for ESPN+ has decreased from $4.67 to $4.44 due to a shift in the mix of subscribers to our bundled offering.