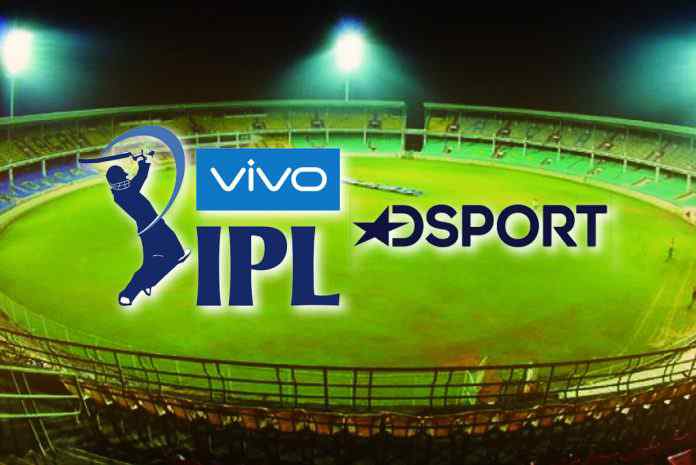 DSport is likely to join the bid race for the IPL media rights. This will further intensify the battle to bag the broadcast mandate for world’s most precious national cricket league.

The IPL Rights tender document is up for sale from Friday (July 21). The last date for buying bid documents is 24 August, the BCCI had said in a Press release earlier this week. The bidding process will close on 28 August and results will be announced the same day.

Discovery Communications has revealed its interest for the rights. IPL’s global television and digital media rights are up for grabs for the 2018 to 2022. “We are interested in buying the IPL bid documents and will evaluate as necessary,” a Discovery India spokesperson has been quoted as saying.

Sony had held the IPL TV rights till the 10th edition while STAR Sports digital platform Hotstar owned the digital media rights. Sony had garnered Rs 1,300 crore from the ad revenues alone for the IPL season 10, a Rs 100 rise over the previous edition. Whereas Hotstar has registered over 300% jump to reach Rs 200 crore from Rs 65 crore in 2016. The revenue and viewership rating data, coupled with the multiple interests for the rights, indicate an unprecedented rise in the IPL media rights values.

Sony has also revealed its plan earlier this week to make an aggressive bid to retain its coveted sports property. “In 2008, when we acquired the IPL rights there were no takers. There were no believers. We worked really hard over the last ten years to make it a very successful franchise. We will make an aggressive bid to retain the rights both for television and digital,” SPN chief executive N.P. Singh has said.

Star India too is keen to make a ‘sensible’ bid. Star India will bid for IPL media rights, both television and digital, he said. “We are interested in IPL, but we will be very sensible about what price we bid. As we have presence in both TV and digital, we will bid for both. We haven’t taken a call on whether we will bid for global rights yet,” the Rupert Murdoch’s 21st Century-owned broadcaster’s Chief Executive Sanjay Gupta had revealed at the time of Star Group’s restructuring of its portfolio.

The American broadcaster Discovery has launched its sports broadcast channel – DSport – for the Indian territory in February this year for widening its portfolio and reach. DSport is aiming to provide up to 4,000 hours of live content per annum. This will include international sports properties from equestrian, horse racing to football.

DSport currently holds the Brazilian, Chinese and Portuguese football leagues, US’s Major League Soccer, live racing from the UK and Irish tracks as well as British Open, US Open, PGA Championship and LPGA for India broadcast. The broadcast, which also holds rugby and cycling properties, well understands what cricket means for the survival and growth of a sports broadcaster in India.

The BCCI in September last year had invited bids for IPL rights for a ten-year 2018-2027 cycle. The process, however, was indefinitely halted as the Supreme Court-appointed Lodha panel did not respond to BCCI’s queries regarding the tenders.

The board has clarified that companies which purchased the IPL media rights bid papers last year will now get the documents for no extra cost.