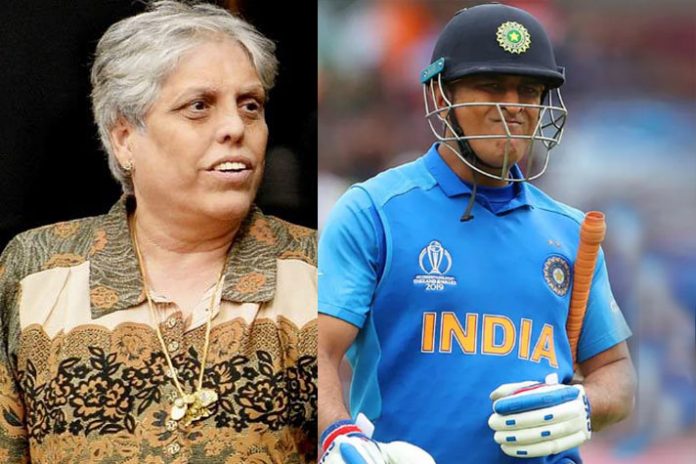 India, who had topped the league stage, did not play their potential in the knock-out game to lose by 18 runs.

“The team played well. It was just unfortunate that the game went into the second day. Three early wickets put the team on the backfoot completely. Then it was a great recovery from Jadeja and Dhoni. It was a case of so close but yet so far. Hats off to Jadeja and Dhoni for the way they played,” Edulji told PTI.

Chasing a modest target of 240, the Indian top order suffered a stunning batting collapse to leave the team reeling at 24 for four. Ravindra Jadeja (77) and MS Dhoni’s (50) seventh-wicket partnership put India back in the game but the latter’s run-out tilted the match in New Zealand’s favour.

India’s loss also fuelled speculation over Dhoni’s retirement but Edulji said the the World Cup winning captain showed in the tournament that he still has a lot of cricket left in him.

“I completely appreciate the way he played in the whole tournament. That (retirement) is his personal decision. Only he can take that decision and it is his body which has to answer him. I still feel that he has a lot of cricket left in him. The youngsters in the team still need his mentorship, ” Edulji, herself a former India captain, added.

Khanna too applauded the efforts of the Indian team.

“It was a tough game and I think our boys played their hearts out. No one wants to lose a game. Each player tried really hard but it was just not our day,” Khanna said.

“India played brilliant cricket in league phase. I am sure our team will work hard and come up with more success in future. Congratulations to New Zealand team. I wish them all the best,” he said.