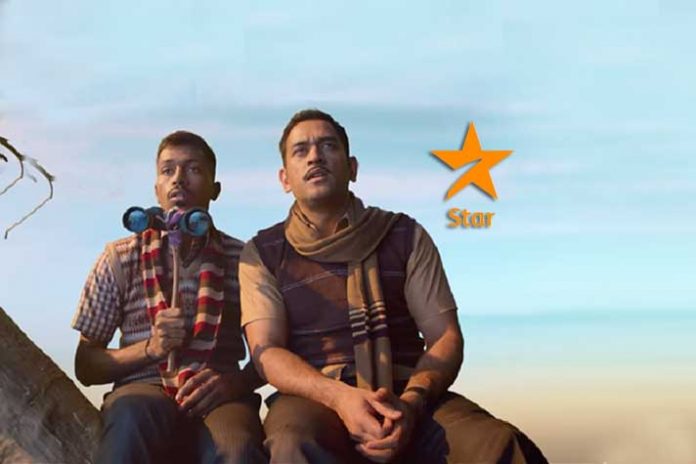 Star India is not leaving any stone unturned in reaching out to consumers about their new channel packs. After Aamir Khan’s starer “Sach Meih” campaign, Star India has launched new campaign with none other then MS Dhoni & Indian cricket’s new poster boy Hardik Pandya. In the commercial, Hardik and Dhoni can be seen talking in Bhojpuri as they appear to be watching a cricket match from a tree.

Delivered via brilliant acting skills of both the Indian stalwarts, the messaging from Star India is very loud and clear.

First Star India is pitching its Value Pack @ just Rs. 49 per month and secondly minimum 4 sports channels are included in every pack. It is clear Star India is using sports as route to woo the potential consumers for their value pack and Dhoni & Pandya combined to deliver this message beautifully.

Managing Director of Star India Mr Sanjay Gupta said, “Star India believes that Entertainment and Sports play a crucial role in shaping the nation. By integrating Sports in the ‘Star Value Pack’, We aim to make Sports accessible to everyone in India and thus change the way Sports has been consumed in the whole country.”

Star India is set to offer the most compelling channels across education, movies and best in the Sports to the customers in 7 languages. Viewers will get top of the line properties such as ICC Cricket World Cup, Vivo IPL, Vivo Pro Kabaddi League, Hero Indian Super League, BCCI tournaments packaged with every Value Pack. This initiative is in tune with the New Tariff Regime starting from 2019 empowering customers to pay only for what they choose.

In accordance with Telecom Regulatory Authority of India’s (TRAI) tariff order, the packs are presented in four variants – value pack in SD (standard definition) & HD (high definition) and premium pack in SD & HD. All the packs have the minimum of four sports channels from the network’s Star Sports bunch.

TRAI’s new tariff order mandates broadcasters to declare the pricing of the channels. It also disallows any price discrepancy between cable digital platforms and direct-to-home (DTH) operators. Both broadcasters and distribution platforms can bundle channels, but the consumer has the choice of choosing channels on an a-la-carte basis as well.

Lance Klusener to step down as Afghanistan coach after Dec 31