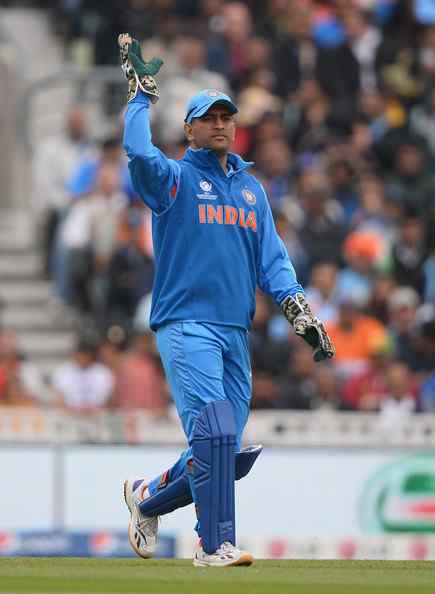 Cricket cuts across classes and is followed by millions in India. Given their demi-God like following, a champion cricketer’s messaging, if he does it for any brand, is often seen as most reliable. Soon after he arrived on the international cricket seen in 2004, Dhoni was the cynosure of all eyes. He epitomised the new India – one that was rising from the heartland of India and ready to make their mark in the world.

One measure of the success of Brand Dhoni was the acceptance his film MS Dhoni: The Untold Story got after it was released, earning over Rs. 133 crore (approximately $65 million) in box office revenues.

Here are the reasons why Brand Dhoni was always a hit for the endorsement market.

Whether it was the tense final of the ICC T20 World Cup in 2007 or a minor on-field argument with opponents, Dhoni has never been seen losing his temper in public. If there has been a controversy, even something like IPL match fixing, MSD has chosen to sidestep the issue. Brands love a non-controversial figure.

One of the best finishers in the game

Dhoni was often there when it mattered. When India needed him to shoulder the burden during the 2011 ICC World Cup final, he promoted himself up the order, ahead of Yuvraj Singh. At other occasions when the team needed a quick fire knock, Dhoni would often come to the rescue. Brands love the reliability that comes with the name.

Encouraged new talent, rooted for them

MSD is known to support new talent. Cheteshwar Pujara, Ravindra Jadeja, Ajinkya Rahane and Murali Vijay have flourished in the Indian team, like it was when he led Chennai Super Kings. He is rooting for the Jharkhand team in Nagpur, watching the first Ranji Trophy semi-final. Brands love leaders who can help create more champions like them.

Aggression, which earned him respect

His aggressive approach to the game was a welcome change for India in the last decade. The helicopter shot helped him fly high, making people wanting to copy it. The aggression was limited to the cricket field, while plying his trade. The aggression, which shows the hunger to succeed, goes very well with brands.

The ultimate rags to riches story

Coming from a small town, Dhoni epitomises success that is admired across India. As a ticket collector with Indian Railways, he pursued his dream to rise to the top of world cricket. All of this happened within 12 years since his debut, before he decided to given up captainship. Brands love a story of a person who has the values of hard work and success.