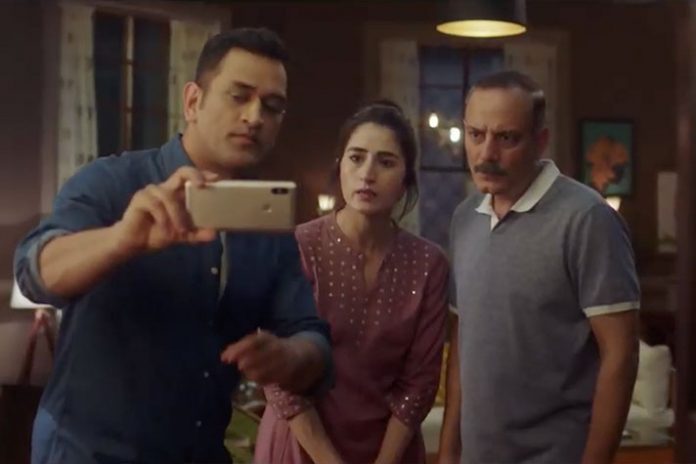 Orient Electric, part of the diversified $2billion CK Birla Group, has unveiled an integrated marketing campaign to raise awareness about the harmful effects of invisible flicker present in LED lights and to introduce its new range of EyeLuv LED lights with Flicker-Control Technology.

According to the company release, studies have revealed that prolonged exposure to flickering emitted by LED lights (with flicker percentage above 30%) can lead to negative health impact such as eye strain, headaches, blurred vision, fatigue, apparent slowing or stopping of motion, reduced visual task performance and in some cases, neurological problems.

The company has pegged the study for its integrated brand campaign, which revolves around the central theme of “Flicker nahin, toh ankhein sahi” (No flicker means no harm to eyes).

Orient brand ambassador MS Dhoni just like the company’s other brand TVCs plays the lead in the TVC, which starts with a girl struggling to focus on studying because of eye strain while her parents stand worried to see this. At this juncture, MS Dhoni brings their attention to the invisible flicker of the LED lights in their home by pointing his smartphone camera in slow motion mode towards the light source. MS Dhoni then advises users to check flicker in the LED lights installed at their homes through the same process.

Anshuman Chakravarty, Head Brand & Corporate Communication, Orient Electric Limited said, “Our focus has always been on using technology-led innovation to offer products and solutions that meet the needs and expectations of new age consumers. While lighting experts and manufacturers were aware of the harmful effects of invisible flicker in LED lights but its awareness amongst consumers was low. The Flicker Control Technology in our new EyeLuv LED range controls the harmful invisible LED flicker thus making it safer and better for overall eye health. From creating awareness around the problem to finally introducing them to the solution i.e. Orient EyeLuv LEDs, we have addressed every aspect in our new TVC. We are hopeful that this campaign will act as an eye opener for the consumers and will encourage them to check the invisible flicker in the LED lights installed in their surroundings.”

Sagar Mahabaleshwar, CCO, Contract India, said, “The first thing we decided was not to see it as a typical home solution product, which is usually told through a nice life insight and an emotional benefit kind of story. We chose a serious tone because of the nature of the problem. And looked, not at the buying TG but the one on whom it would have the most impact – the child in every home, who studies long hours every night”.

The TVC will also be released in Tamil, Kannada, Malayalam, Telegu, Marathi, Bengali and Punjabi. The TV ad goes on air on 1st July 2019 and will be flanked by print, radio and digital along with lots of on-ground initiatives where people will be made aware of flicker and given proof of how Orient EyeLuv LEDs are better and safer.

Also Read: MS Dhoni: Their ‘very own Ranchi boy’ and much more